On Tuesday, Hailie posted a PDA pic on Instagram from their Valentine’s Day in Santa Monica, writing, “yesterday & everyday.”

For their romantic day out, Hailie wore jeans and a denim jacket, accessorizing with hoop earrings and a Gucci bag, while Evan wore a crewneck sweater and dark pants.

It was the first time that Hailie posted about Evan since the summer. In July, she posted a pic, writing, “i rarely share my feed, but when i do i’m happy it’s with you ❤️‍🔥.”

In 2016, they met while studying at Michigan State University.

Over the weekend, Hailie showed her support for another special man in her life… her dad, who performed his hit song “Lose Yourself” at the Super Bowl LVI Pepsi Halftime Show.

Hailie posted a pic from a box at the SoFi Stadium. Referencing Rams quarterback Matthew Stafford, she wrote on Instagram, “here for the halftime show, staying for Stafford.”

Last year, Stafford was traded to the Rams after playing 11 seasons with the Detroit Lions.

Hailie was joined in the family box by her cousin Alaina Scott, who posted a pic of herself with fiancé Matt Moeller. She wrote, “came to the concert to watch a little bit of football. repping Detroit and supporting Stafford, let’s goooo.”

In the 2000s, Eminem adopted Alaina from her biological mom is Dawn Scott, the twin sister of his ex-wife Kim Scott.

In 2004, Eminem told Rolling Stone, “I have full custody of my niece and joint custody of [my daughter] Hailie. I was always there for Hailie, and my niece has been a part of my life ever since she was born. Me and Kim pretty much had her, she'd live with us wherever we was at."

Two years ago, Eminem gushed about Hailie during an interview with “Hotboxin’ with Mike Tyson.” Noting that she has no kids yet, he said, “Just a boyfriend. She’s doing good. She’s made me proud for sure.” 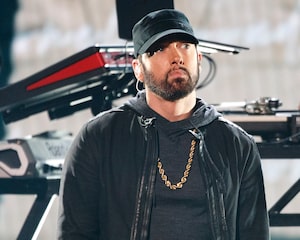 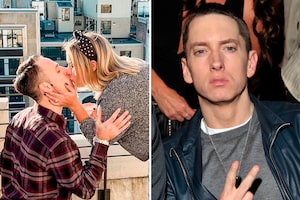 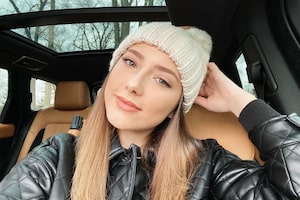 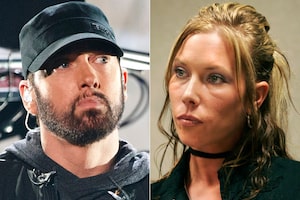