A source told Page Six that Spears is sending a message by stepping away from Instagram, explaining, “She’s happy and in a great place and silence can be a powerful thing and a powerful message.”

The insider stressed that it was “her decision” to delete Instagram just days after announcing her engagement to Sam Asghari.

According to the source, Spears is taking a break “in light of the successful path that she’s been on and continues to be on [following] the news of [her engagement].”

TMZ reports Spears wants to keep a low profile ahead of her September 29 court hearing. There were reportedly concerns that the singer was too “out there” with some of her recent topless posts.

In response to all the rumors, Spears tweeted, "Don’t worry folks … just taking a little break from social media to celebrate my engagement 💍😉 !!!!  I’ll be back soon 💋🌹."

Over the weekend, Britney’s longtime beau popped the question. In her engagement post, Britney and Sam appear in short video clips, with Britney excitedly showing off her ring. Sam says, “Look at that. You like it?” to which Britney exclaims, “Yes!”

It also looks like the couple will be signing a prenup. On his Instagram Story, Sam joked, “Thank you to everyone who is concerned about The prenup! Of course we’re getting [an] iron clad prenup to protect my jeep and shoe collection incase [sic] she dumps me one day.” 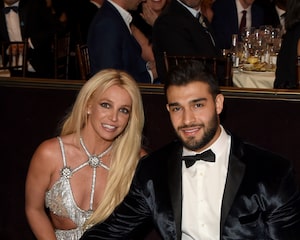 Britney, who is reportedly worth $60 million, apparently also had a prenup for her marriage to Kevin Federline.

Prior to deleting her Instagram, Spears had been actively battling against her conservatorship. The singer recently scored a big win when her father Jamie Spears petitioned the court to end the conservatorship after more than a dozen years.

The court docs stated, “In short, she wants to live her life as she chooses without the constraints of a conservator or court proceeding. As Mr. Spears has said again and again, all he wants is what is best for his daughter. If Ms. Spears wants to terminate the conservatorship and believes that she can handle her own life, Mr. Spears believes that she should get that chance.”

Britney’s lawyer Mathew Rosengart called it a “massive” victory for the pop star.

In a statement to Fox News, Rosengart said, “This filing represents a massive legal victory for Britney Spears, as well as vindication. Having exposed his misconduct and improper plan to hold his daughter hostage by trying to extract a multi-million-dollar settlement, Mr. Spears has now effectively surrendered. There is no settlement.”

Britney has accused her father of “conservatorship abuse” in the past, and her attorney insisted he still plans to investigate Jamie. 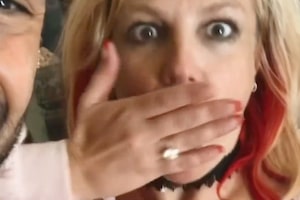 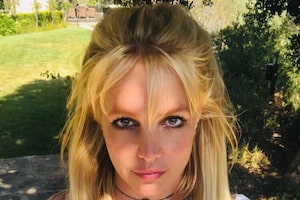