Despite filing for divorce, Kim Kardashian still has major love for her ex, Kanye West!

On Tuesday, Kardashian paid tribute to West on his 44th birthday.

Along with posting a family photo, she wrote on Instagram, “Happy Birthday. Love U for Life.”

The breakdown of their seven-year marriage has been a major storyline in the final season of “Keeping Up with the Kardashians.”

On a recent episode, Kim told Khloé after a trip to Lake Tahoe with her family, “There's no fighting. Like, now it's all calm, so I just roll with it.”

During a confessional, Khloé revealed, "Kim is dealing with so much right now, and it's tough because before we left, her and Kanye had this big fight.” 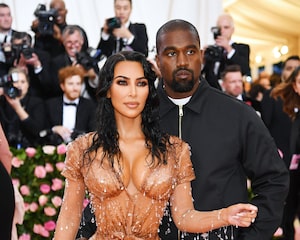 Fans got to see old footage from the aftermath of the fight, as Kim told her sisters, "I honestly can't do this anymore. Why am I still in this like, place where I'm stuck for years? Like, he goes and moves to a different state, every year, I have to be together so I can raise the kids, you know? And he's an amazing dad, he's done an amazing job…"

She went on, "I think he deserves someone that can go support his every move, go follow him all over the place and move to Wyoming — I can't do that. He should have a wife that supports his every move and travels with him and does everything."

Kim and Kanye tied the knot in 2014. She filed for divorce in February. 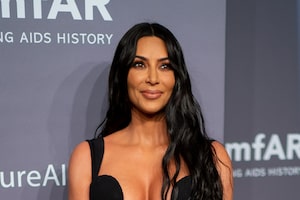 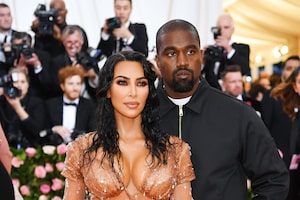