It looks like “Shang-Chi and the Legend of the Ten Rings” star Simu Liu, 33, is no longer single!

The two wore holiday sweaters at the Los Angeles premiere of “Violent Night.”

Last week, Allison posted a pic of herself cozying up to Simu. She captioned the pic with a simple smiling emoji.

It is unclear when and how they met.

In August, Simu and Jade made their last public appearance together at the Los Angeles premiere of “Bullet Train.”

A month later, Simu revealed that he was “going through a breakup” while discussing his mental health at the Dreamforce tech conference in San Francisco. 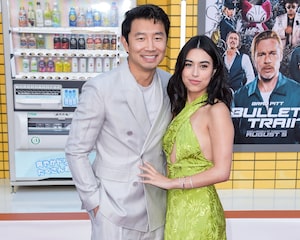 Many speculated that Liu was referring to his rumored relationship with Bender.

In June, they first sparked rumors after they were photographed leaving a West Hollywood restaurant together.

They then posed together on the black carpet at Entertainment Weekly's Annual Comic-Con Bash in San Diego.

Earlier this year, romance rumors were also swirling about Simu and Chrishell Stause after he appeared on “Selling Sunset.”

Stause shut down the rumors during an appearance on “Watch What Happens Live with Andy Cohen.” 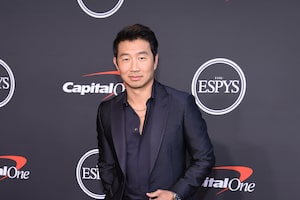 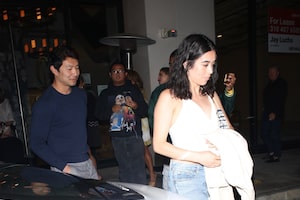