On Wednesday, Kim Kardashian posted new bikini snaps that featured her wearing a cap with the letter “P” on it! Was it a subtle way for her to show love to boyfriend Pete Davidson?

In response to the photos, one Instagram user wrote, “🅿️ for Pete?”

A few days ago, Kardashian posted bikini photos that many speculated were taken by Davidson. 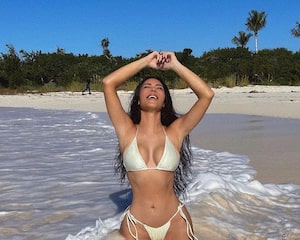 One of the photos featured a shadowy figure seemingly taking a photo of Kim on the beach.

A source recently told Us Weekly that Kim is “very happy” with their new relationship.

According to the source, Pete makes Kim “laugh and feel comfortable during this rough time.”

The source was seemingly referencing Kim’s drama with ex Kanye West, who recently dropped a song called “Eazy,” in which he expressed disapproval of her relationship with Pete. He raps about nearly dying in 2002, "God saved me from that crash / Just so I can beat Pete Davidson's ass." This throw-down is followed by a sample of a woman's voice (Kim's?) asking, "Who?"

The insider said, “It’s not impacting their relationship at all. If anything, this drama is bringing Kim and Pete closer together because he makes things so easy.”

Pete and Kim sparked dating rumors after her hosting gig on “Saturday Night Live” in October. 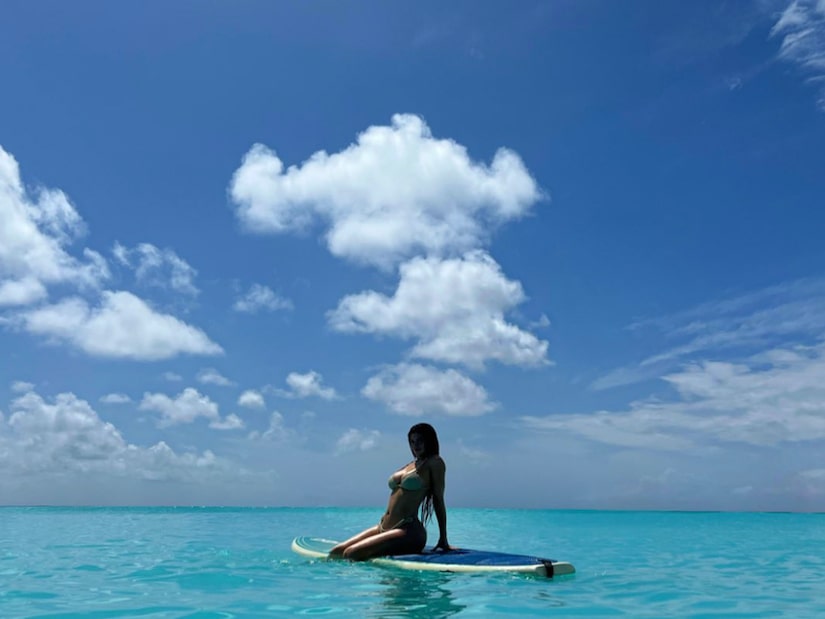 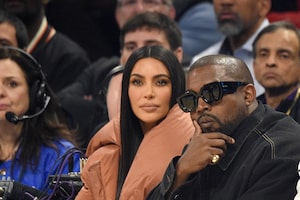 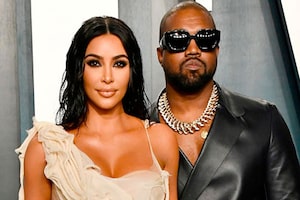