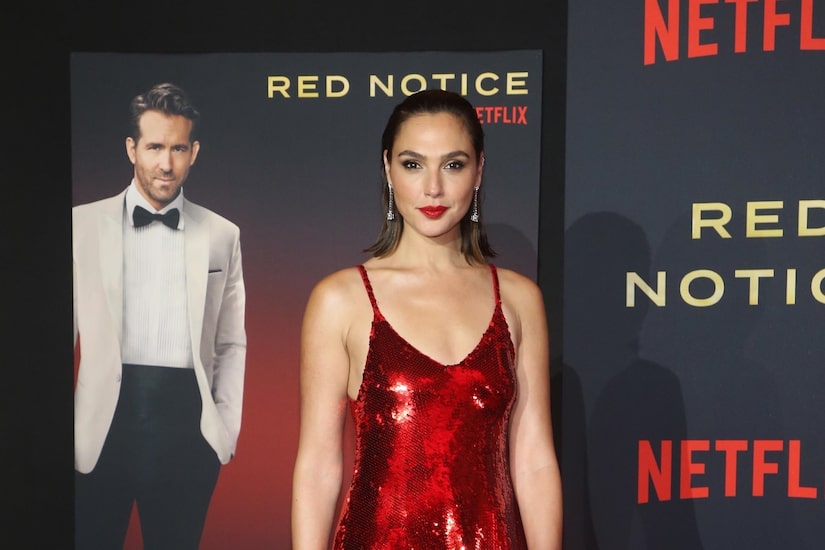 “Extra’s” Terri Seymour spoke with Gal Gadot at the Los Angeles premiere of “Red Notice,” where she reacted to the news that she has joined the new live-action adaptation of “Snow White.”

Gal is playing the Evil Queen. She quipped, “I can’t wait to stand in front of the mirror.”

Her kids are “very excited” about Gadot transforming into the wicked villain.

As for “Red Notice,” Gadot said she had “so much fun” working on the movie, admitting, “The biggest challenge on this movie was to not break takes by laughing out loud.”

Gal raved about her co-stars Ryan Reynolds and Dwayne “The Rock” Johnson, saying, “The guys are great. The best partners one could ever ask for.”

Gal also answered a tough question: if her Wonder Woman and Dwayne’s Black Adam battled each other, who would win? She said, “Wonder Woman…. He’s a gentleman, too, so I don’t think we would get into a fight.”

Gadot opened up about fighting in a red dress on “Red Notice,” saying, “The dress was made for the fight sequence. We already knew what the choreography was going to look like, and we knew that there would be a lot of leg movements… That is why I have no shoes.”

Gal opted for a red high-slit dress by Loewe dress and Tiffany & Co. jewels for the premiere.

Did she keep the black swimsuit her character wore in the movie? She answered, “Yes, I did.”

When Terri joked that Gal probably didn’t eat mac ‘n’ cheese in preparation for the swimsuit scene, she noted, “For years, mac ‘n’ cheese has been my cheat meal. I love mac ‘n’ cheese.” Gal showed some love to Goodles, which she called a healthier alternative.

“Red Notice” is in theaters November 5. 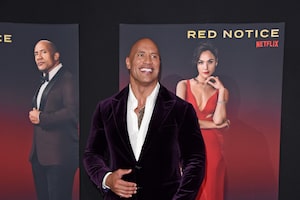 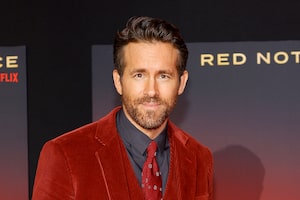 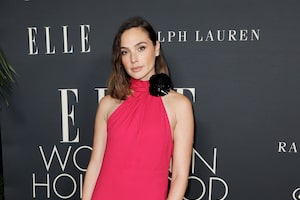