Update: The power couple has issued a joint statement asserting, "We are working through some things." 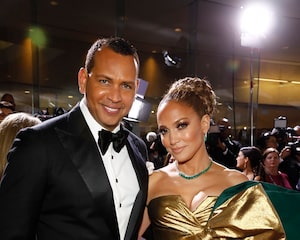 A source told People magazine, "This has been a long time coming."

Amid the split reports, an insider close to Rodriguez told Page Six, “He’s now in Miami getting ready for baseball season, and she’s filming her movie in the Dominican Republic.”

The news comes just weeks after they were seen spending time together in the Dominican Republic, where she is shooting “Shotgun Wedding.”

On Friday, Alex posted a solo pic of himself, writing on Instagram, “Don’t mind me, just taking a sail-fie… What are your plans for the weekend?”

Just days ago, J.Lo posted a sexy shot of herself in bed. She wrote, “It’s the in between moments that are some of my favorites ✨#SetLife#DoWhatYouLoveWithPeopleYouLove #HumpDay #ShotgunWedding.”

The pair had postponed their wedding twice due to the COVID-19 pandemic.

In the March issue of Allure, Lopez revealed that they "did therapy" during lock-down. She added, "I think it was really helpful for us in our relationship."

In December, Sirius XM’s “Radio Andy” host Andy Cohen asked J.Lo if she would ever consider following in the footsteps of longtime couple Goldie Hawn and Kurt Russell, who have been together for decades but never said “I do.” Lopez’s surprising answer was yes!

"We’ve talked about that for sure," she revealed. "I mean, at our age, we’ve both been married before. It’s like, do we get married? Do we not? What does it mean for us?"

Looking back at their canceled nuptials, she said, "It was really sad, because we were supposed to get married in June and we had planned it all. So in March or April, we’re looking down the pike and we’re going, 'This is maybe not going to happen.' Italy’s the worst place in the world [for COVID-19]. And we were going to get married in Italy. It was, yeah, it was like, I was like, ‘Okay, we got to cancel everything.'"

Around the same time, Lopez opened up about her “challenging” 2020. She told “Extra’s” Renee Bargh, “It was a challenging year for everybody… It was just a time where we were kind of realizing what was really important.” She went on, “It became a time of, ‘What’s really important…?’ It became about family and the kids and being the best mom, partner, friend, daughter that you could be, and I think that reset for the world and certainly for myself was something that makes the stuff I am doing now really exciting.”

The pair made one of their last appearances at the unveiling of the Saks Fifth Avenue holiday window in NYC. She shared, “It was actually really nice for me to be there and remember we are still in the holidays. It’s not as it always is, but the holidays are here and we get to celebrate with our close family.”

Alex and Jennifer started dating in 2017. Two years later, he popped the question at a beachy location in the Bahamas. 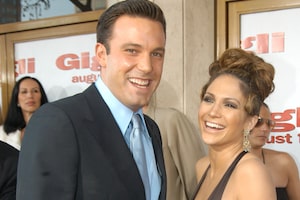 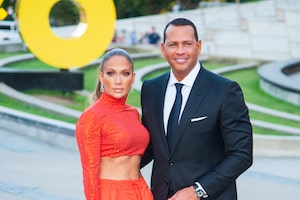 The New Kurt & Goldie? Jennifer Lopez & Alex Rodriguez Might Not Get Married After All 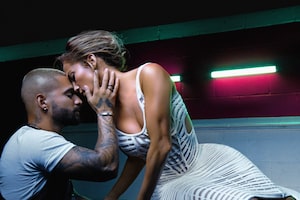