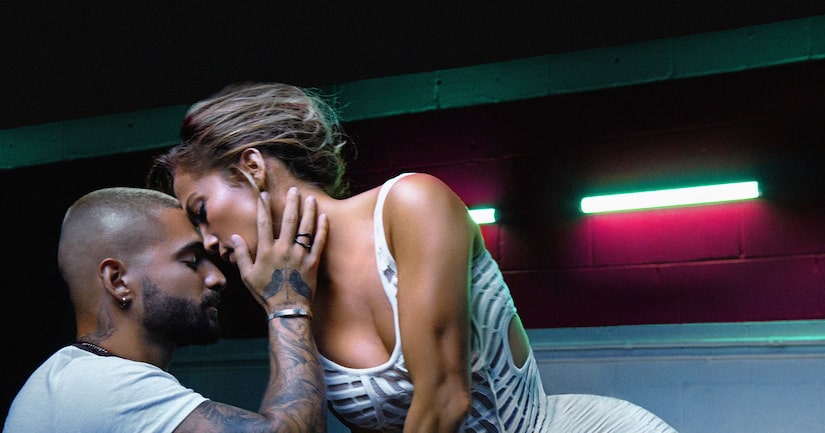 In the music video, directed by Jessy Terrero, a wanted Wall Street exec falls in love with her driver... who turns out to be an undercover agent!

The characters in their video are the same characters from their upcoming movie “Marry Me.”

J.Lo had fans pumped about the highly anticipated video by posting intriguing videos on her TikTok account. In a TikTok livestream Thursday night, the two also shared an intimate, behind-the-scenes look at the music video, which was filmed during the COVID-19 pandemic.

Lopez got a temperature check on set and had her glam squad prep her with a face mask before she was able to join Maluma on the 100th floor of Hudson Yards in NYC. The music video was also shot at Oheka Castle on Long Island.

A few weeks ago, “Extra's” Jenn Lahmers spoke with Maluma, who dished on the top-secret project. Watch!

“Marry Me” hits theaters in February.