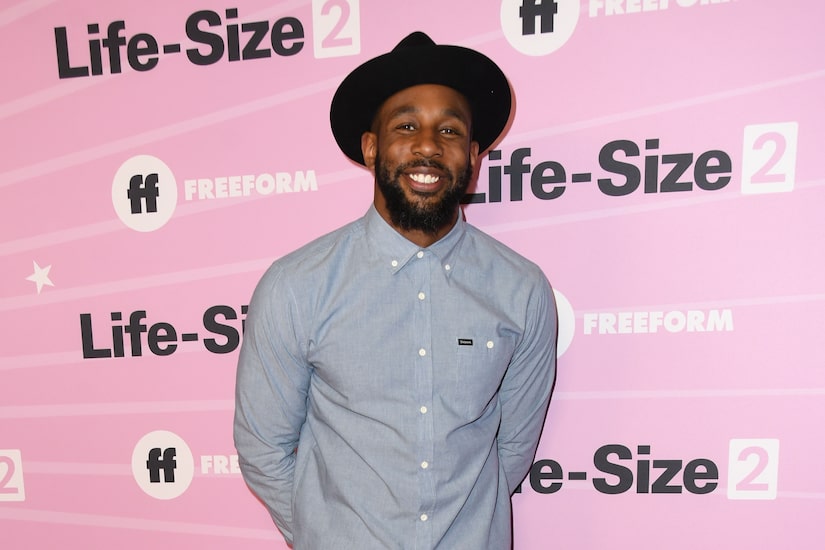 On Wednesday, many were shocked to hear about Stephen ‘tWitch’ Boss’ death at age 40.

Many big names took to social media to remember tWitch, who was the DJ on “The Ellen DeGeneres Show.”

A "heartbroken" Ellen wrote on Instagram, "tWitch was pure love and light. He was my family, and I loved him with all my heart. I will miss him. Please send your love and support to Allison and his beautiful children - Weslie, Maddox, and Zaia."

Warner Bros. Television Group also released a statement, saying, “We are shocked and heartbroken by the tragic news of the passing of Stephen ‘tWitch’ Boss. tWitch was a multi-faceted talent and integral part of 'The Ellen DeGeneres Show' and our Warner Bros. Television Group family. He had the ability to bring communities of people together each day to share in joy and laughter. Most importantly, he was a beloved friend, husband, and father. We extend our deepest condolences and sympathies to his family, friends, and fans.”

Jennifer Lopez, who worked with Boss on "World of Dance," posted, "Twitch was such a light and a beautiful soul…💔 Shocked and deeply saddened. My heart breaks for @sir_twitch_alot, his wife and children 🙏 Sending you love and strength 🤍"

Derek Hough shared, "My heart is aching for @allisonholker and their beautiful family during this time. My mind is clinging to memories of the dear friend we have all lost. When I think of twitch I think of Wisdom, Love, Light and Laughter. He brought joy to everyone he encountered and was an inspiration to all."

Ciara posted a video of herself dancing with tWitch backstage at “The Ellen DeGeneres Show,” she wrote on Instagram, “I am so crushed to hear the news that you are no longer with us. I’ve always known you as joy, laughter, good times, and a big smile! Heaven has gained an angel today! May you rest in paradise. Praying for your family during this difficult time ❤️🙏🏽.”

She added, “tWitch was always so kind to me and everyone who worked so hard behind the scenes. tWitch was the guy who played and interacted with his fans in the audience during commercial breaks, and he encouraged all the contestants when the cameras weren't rolling. He had such a passion and love for dance and guiding artists and the contestants on the show.  tWitch adored his wife, Allison, and their three kids more than anything. He would talk about them all the time with such pride. He had a laugh and smile that lit up the whole room.”

JoJo Siwa, who also worked with tWitch on "So You Think You Can Dance," mourned his loss on Instagram. She wrote, "My heart is beyond broken.💔😭 twitch was a best friend and a mentor not just to me but to SO many. I’ll never forget our time getting to work together on SYTYCD, he became such a light in my life. Someone I’ve looked up to since I was born turned one of my best friends. Twitch always had the best advice. We had SO many laughs, smiles, and even cries together. I know you’re in a better place now but man we are all gonna miss the hell outta you. Sending my most love and prayers to His beautiful wife and 3 perfect kids. ❤️ thank you for sharing your gift with the world. I’m “so esssicted” to see you again one day (A inside joke between us that I will never let go of). Forever the worlds dance dad. Love you brother.🙏🏼 RIP the legendary Stephen Twitch Boss❤️."

Fellow dancer Jenna Dewan expressed her shock and sadness. "I am truly at a loss for words today," she posted. "Twitch was the kindest, warmest, sweetest soul I had met in this business. He lifted everyone up around him. He made a point to check in on me and my family, because that was who he was- a truly good soul who cared deeply about others. He was a source of inspiration to not only the dance community but the world at large."

Channing Tatum shared his disbelief over the loss of his "Magic Mike XXL" co-star. "I have no words," he posted. "My head or heart can not understand this."

Michael Strahan also remembered his time with tWitch on "Magic Mike": "RIP to my friend Twitch. I just can’t believe it. From the set of Ellen and Magic Mike to  the texts to check in and support each other you were always a real  brotha. You are loved and will be missed."

Their co-star Joe Manganiello added, "Man, I’m going to miss this guy. My heart breaks for his family. There was nothing but light and positivity radiating from him every time we spent time together."

Viola Davis wrote on Instagram, “I'm at a loss for words right now, praying for his family and loved ones."

Questlove wrote, “I have no words man.🙏🏾🙏🏾🙏🏾🙏🏾🙏🏾 May his family find resolution in this dark time.

Julie Bowen posted a photo of herself with tWitch on “The Ellen DeGeneres Show,” writing, “I did ‘Ellen’ a gajillion times, and every time this sweet man made me smile, laugh and dance (horribly…always horribly). He even came and did a guest spot on Modern Family, and it was like getting a visit from the sun. His lightness, joy and kindness filled every room he entered. It’s terrible to think he was suffering inside. Tell somebody you love them today.”

Alicia Keys posted a video of tWitch dancing with his wife Allison Holker. She wrote, "This is SO sad. Saw this shared on @sir_twitch_alot’s page earlier this week. What a bright soul. What a beautiful connection we had through music. I pray these songs brought him and his family joy! Praying for solace for Allison, children, and loved ones. We have to walk with kindness and love with everyone we cross paths with everyday. You just never know…… 🙏🏽🙏🏽🙏🏽😰😰😰💜💜💜 @allisonholker."

Boris Kodjoe revealed that he just saw tWitch "last week." He added, "Your wife by your side. Big smile, big hug."

Jessica Alba paid tribute to tWitch, writing, "It’s so strange to reflect back on time with someone who you never thought would pass -in this way… I think it’s why it’s so devastating, because there is no way to prepare you. I have had nothing but joyful experiences with Twitch, although brief we would catch up on our kids and “better halves”, he was such a bright light, his energy radiated. My heart goes out to Allison and their three babies, I’m so so sorry for your loss. Twitch, you will be missed, thank you for sharing your light with us. 🙏🏽."

Maksim Chmerkovskiy admitted he was at a "loss for words," writing, "I have so much to say, but I just want to hold on to the memories I have and not try to wrap my head around this."

He went on, "Stephen ‘Twitch’ Boss was the only man I’ve met in the entire industry who was loved by absolutely everyone. This makes no sense at all..."

It’s heartbreaking to hear that someone who brought so much joy to a room, was hurting so much behind closed doors. I’ve known Twitch for over 20 years through the dance community - he always lit everything up. You just never know what someone is really going through.

The world lost a bright light today. Twitch brought joy and love to people all over the world through music and through dance. My heart is heavy today for his family and all of those who knew and loved him. pic.twitter.com/VmvxFgOF5d

Absolutely devastated by this news. Stephen was such a wonderful loving soul, filled with joy and positive energy. I worked with him several times and he was nothing but amazing. I don’t know what demons he was dealing with but my heart goes out to Alison. https://t.co/6KJT38SKyO

I’m devastated to hear the news about Stephen “tWitch” Boss’ passing. tWitch greeted the world every day with a beautiful smile that was a direct reflection of his beautiful heart. He was a beacon of light & a true talent whose legacy & impact will live on in the dance community pic.twitter.com/UlUV7VmvCi

This is not possible. I am absolutely lost for any words or comprehension. Heartbreaking 💔

What is going on?! This news has broken my heart. I’ve loved him since #SYTYCD. He was always so joyful & full of life. Always.

If you are feeling despair PLEASE call 988. #PleaseStay

Stephen 'tWitch' Boss Dead at 40 by Suicide https://t.co/GEjHIJCNmT via @TMZ

My son just called me to let me know tWitch, Stephen Boss, has passed. I send love & will pray for Allison Holker & their 3 children.I am so sad- his joyful talent lit up our hearts from the time my kids were small. Hold your loved ones dear!!This life is not promised to anyone..

RIP DJ Twitch. I was a fan of his light and talent. My condolences to his beautiful family. 🕯️

Law enforcement sources told the site that Holker entered an LAPD station on Tuesday concerned about her husband because he left home without his car, which she considered unusual. 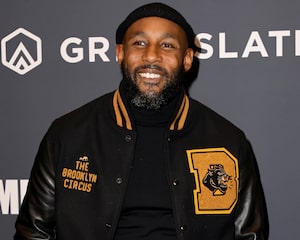 Shortly after, the police reportedly received a call about a shooting at an L.A. hotel. According to TMZ, Stephen was found dead, with a self-inflicted gunshot wound.

In a statement to People, Holker confirmed, "It is with the heaviest of hearts that I have to share my husband Stephen has left us," Allison said. "Stephen lit up every room he stepped into. He valued family, friends and community above all else and leading with love and light was everything to him. He was the backbone of our family, the best husband and father, and an inspiration to his fans." 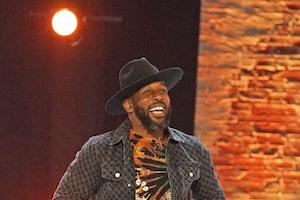