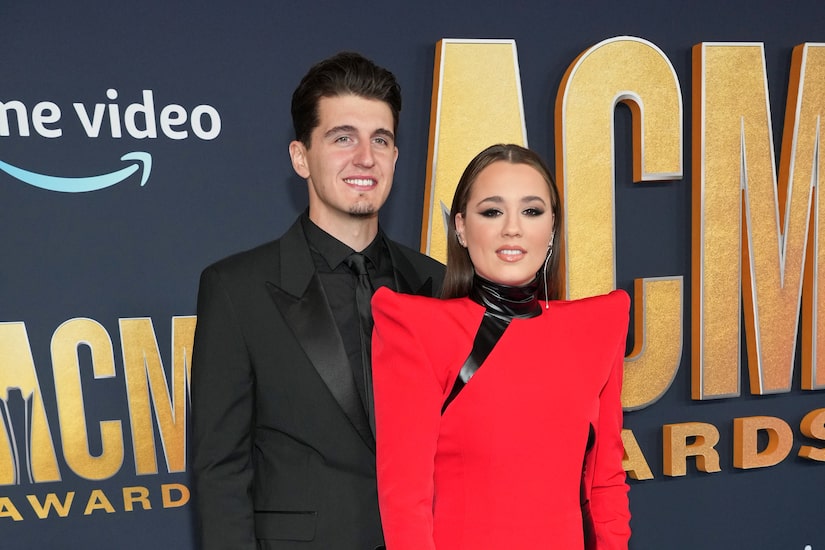 On Wednesday, the pair announced the birth of their second child Augustine. Along with a pic of their firstborn Baylah meeting their new bundle of joy, they wrote on Instagram, “Soaking up the newborn days with baby brother. What a precious gift from our Lord!”

In May, the couple broke the news that they were expecting.

Along with an ultrasound, she wrote on Instagram, “My son. 💙 Another LIFE we get to love and cherish.”

Cade shared his own Instagram post. He wrote, “Happy Mother’s Day to my amazing, strong, and fruitful Bride! She is currently carrying another precious life made in the image of God. A son to bear our name into the next generation.”

Months before the pregnancy announcement, Gabby gave an update on her daughter Baylah at the Billboard Women in Music Event.

She told “Extra’s” Katie Krause, “She's talking. She's close to walking… She can walk a couple steps but then she'll fall. Her balance isn't the best right now.”

Barrett admitted, “She's very clingy right now so it's hard to leave her, but she's just ‘Mama’ all the time.”

Gabby and Cade have been married since 2019, a year after meeting on “American Idol.” 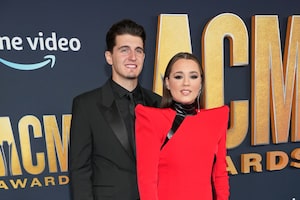 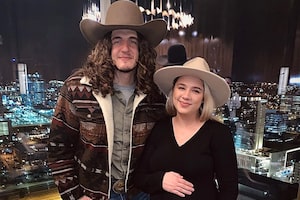 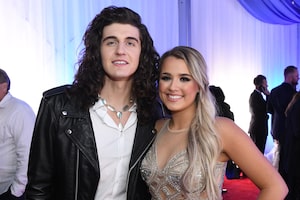