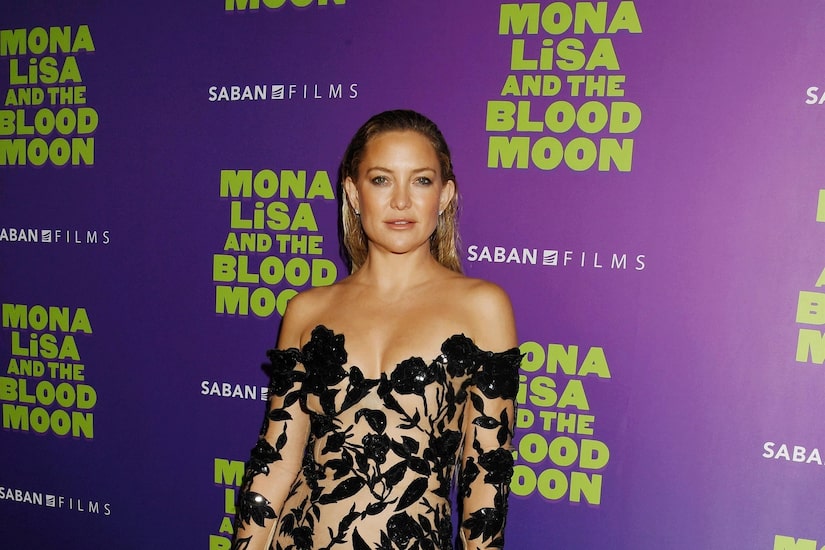 On Wednesday night, Kate Hudson hit the L.A. premiere of her new thriller “Mona Lisa and the Blood Moon.”

“Extra’s” Melvin Robert spoke with Kate, who dished on playing a stripper and single mom in the movie, which showcases some of her pole-dancing skills!

While director Ana Lily Amirpour couldn’t picture Kate on a stripper pole at first, the actress was “ready” to show off her moves!

Along with raving about Ana’s realistic style of shooting, Kate opened up about filming the movie. She said, “It was wild. It’s a small-budget movie; we were running down Bourbon Street. We had so much fun.”

As for how she portrayed her character, Bonnie, Kate commented, “I didn’t want her to feel flashy. That’s, like, not who she is. She’s just a survivor, gets to work, does what she’s got to do, loves that money, and tries to put food on the table for her son.”

When asked how long she had been training for the pole-dancing scenes, Kate answered, “I’ve been very familiar with pole-dancing for a long time.” She referenced her past workout classes with Sheila Kelley in her 20s.

Kate was honest when asked if she was similar to her character. She said, “There are certain things about Bonnie that I wish I had, like she just doesn’t care. There’s so much freedom in not caring about what people think.”

In the movie, Hudson plays a mom who has a son that talks back to her. How does she handle that in real life with her own kids? Kate answered, “That doesn’t go well in my house. I’m actually quite a strict parent. My kids don’t talk back. They know there are consequences, but it happens. Kids test your patience and the boundaries… My rule for kids, there’s no negotiating… If it’s a no, it’s never gonna be a yes.”

Kate recently teased that she was going to be releasing some music. She dished, “I’m really excited about it. In COVID, I was just like, ‘If I don’t make a record, I’m going to regret it.’ In my life, I just have to make a record… I’m making a record with Linda Perry.”

Hudson noted that the album should be “done pretty soon.”

Kate also discussed the advice that she gets from mom Goldie Hawn. She commented, “For me, my mom is more comforting. I call my mom when I need a big warm hug… It’s really nice to have someone who really understands some of the challenges of being a parent and wanting to be out in the world and working.” 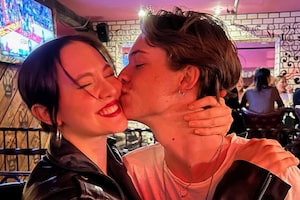 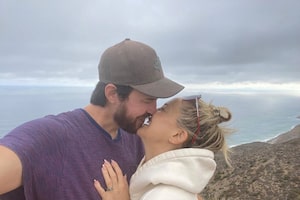 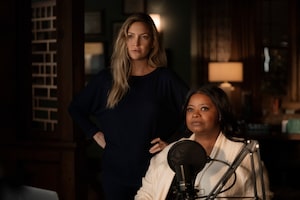