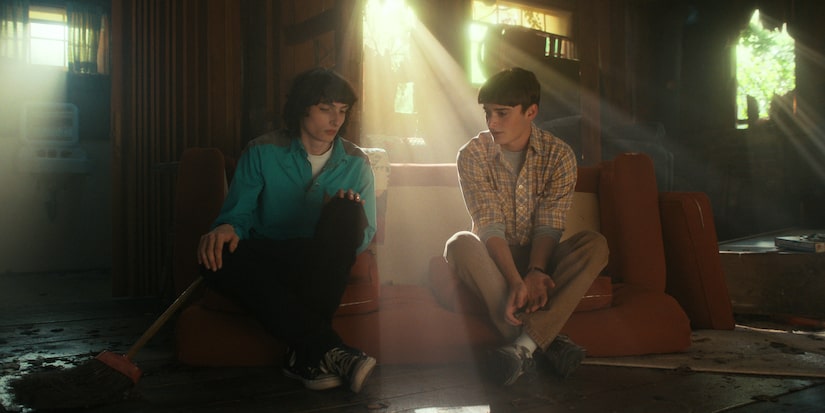 “Stranger Things” star Noah Schnapp is clearing the air on his character Will Byers’ sexuality!

During an interview with Variety, Schnapp revealed that Will is “gay” and has feelings for his best friend Mike, played by Finn Wolfhard.

He said, “Obviously, it was hinted at in Season 1: It was always kind of there, but you never really knew, 'Is it just him growing up slower than his friends?' Now that he's gotten older, they made it a very real, obvious thing. Now it's 100% clear that he is gay and he does love Mike."

In the Season 4 finale, Will has a one-on-one conversation with his brother Jonathan, who offers love and support without having to name what they’re talking about explicitly.

Of the scene, Noah explained, “Jonathan is talking to him in code. It's just the perfect way to tell someone like Will that he cares about him and he accepts him no matter what. I think it was really wholesome."

It took a few seasons before Will’s sexuality was confirmed. Noah said, “It was a slow arc. I think it is done so beautifully, because it's so easy to make a character just like all of a sudden be gay."

Schnapp also opened up about fan reactions to the way his character’s sexuality was tackled on the show. He shared, “People have come up to me — I was just in Paris and this, like, 40-year-old man came up to me and he was like, 'Wow, this Will character made me feel so good. And I related to it so much. That is exactly who I was when I was a kid.’ That just made me so happy to hear. They are writing this real character and this real journey and real struggle and they're doing it so well."

As for playing a gay character, Noah is embracing the “challenge of acting.” He noted, “Like, yes, it has been a challenge, but I think it's just been fun to be able to step into his shoes. Because I really have to take into account, like, this isn't just a single-layer thing of he's struggling with coming out."

“It's this multifaceted trauma that goes years back, because he was taken by the Demogorgon and then his friends, they never acknowledged him, and now he's scared to come out and doesn't know if they'll accept him,” Noah stressed. “And then like his sister, but he doesn't want to hurt her because if he says he likes Mike, that's gonna hurt her feelings. There's all these things running in his mind. So I kind of just have to make sure that I'm conveying the depth of all his traumas."

In May, “Extra’s” Katie Krause spoke with Noah about Will’s dating life while he promoted the fourth season of the show.

He said, ”Will’s dating life, I mean, it’s always been pretty dry, so you wonder what that is and what he’s searching for…. I guess it’s up for interpretation in this season to see what he wants.” 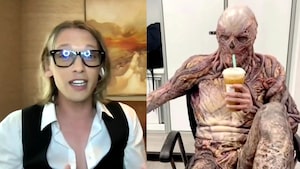 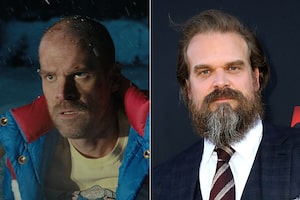 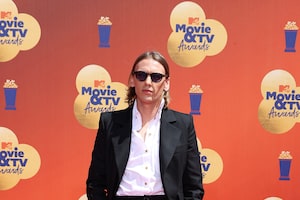