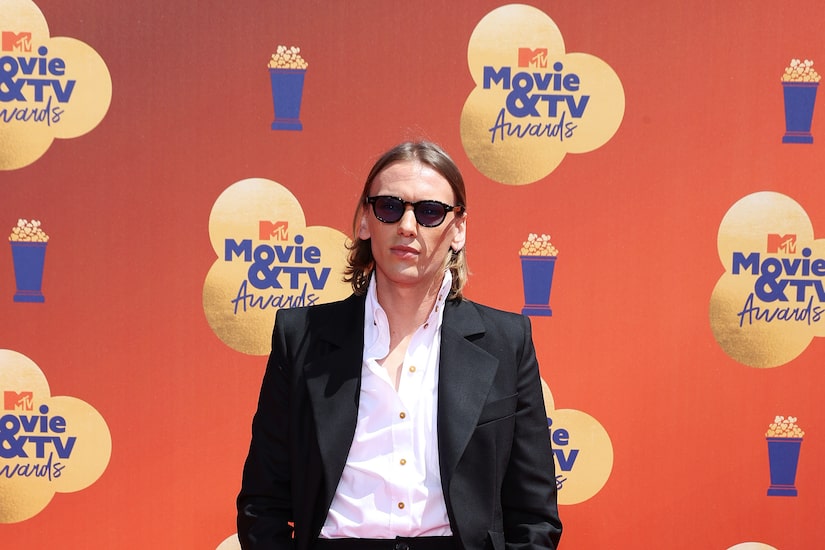 Jamie Campbell Bower is the scariest “Stranger Things” villain yet as Season 4’s big, bad Vecna! He spoke to “Extra’s” Jenn Lahmers at the 2022 MTV Movie & TV Awards, revealing how long it took to transform into the character. Jamie was actually so scary, he made Millie Bobby Brown cry on set!

Campbell Bower revealed, “On a daily basis, if we were doing Vecna stuff, generally we’d be up at about 3 o’clock in the morning. It takes about seven and a half hours to put everything on each time.”

He added that once shooting was over, it took about an hour to take the prosthetics off.

When Lahmers asked if it was true Jamie had made Millie cry, he confessed, “Possible, yes, it’s possible.” When pressed for details, he insisted with a smile, “I was only doing what I’m told.”

Campbell Bower said of taking on such a dark role, “I do what I do because (A) I love it, and (B) also to find out more about the human mind and how far we can go and the reasons why people are the way that they are. So to explore something that is both very dark, but also very real, was a real privilege and a real pleasure.”

Jenn then caught up with Joseph Quinn, who plays Eddie on the show. He also dished on Vecna, and revealed whether he’s a Dungeons & Dragons fan in real life.

When Jenn asked if Vecna was scary on set, Quinn insisted of Jamie, “He is a big softie, really,” but added that the character of Vecna “is scary.”

Eddie is a D&D fan on the show, but Joseph said he doesn’t play in real life. “I played one game, it was very fun, but I don’t know what I’m doing.”