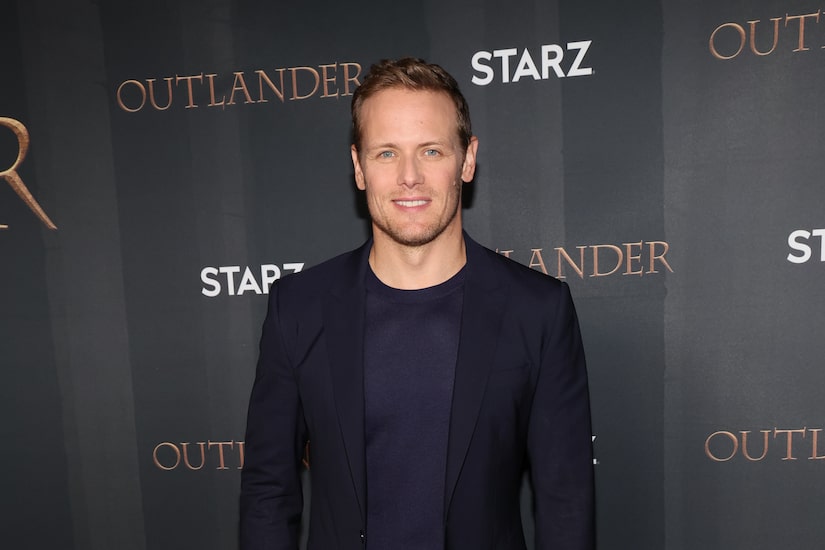 Wednesday night, Sam Heughan stepped out solo for the sixth-season premiere of “Outlander" in Los Angeles.

In a recent interview with Drew Barrymore, Heughan pointed out that he was too busy to date, citing his schedule.

He did tell Drew that he was “open” to dating, without mentioning Clarke.

When asked if he was off the market, Sam dodged the question like a pro, telling Rachel, “Me and Drew, yeah. Well, I mean… we shared a bagel and it was delightful… I’m still for Drew to get in contact.” 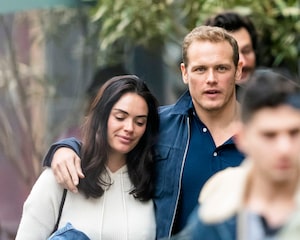 Heughan was more than happy to discuss the possibility of playing James Bond. He said he is “absolutely” interested in the role, noting, “Every British actor in a tuxedo, in a suit, has been talked about… I would love to throw my hat in the James Bond ring.”

The “droughtlander” is finally over after the premiere of Season 6 of “Outlander”!

Along with being “happy” that the show is back on air, Sam teased what’s to come, saying, “There’s action, there’s romance, there’s time travel, there’s everything in it. It’s impossible to describe with one word.”

For the super steamy scenes in the sixth season, Sam got some help from an intimacy coordinator, who he met at a drama school. He explained, “We just started talking about the benefits and what they could bring to the production… She’s just brilliant… and just helped us as actors, like, explore more of the scenes, the relationship.”

“I think early on, we were kind of left to our own devices,” Sam noted. “The world has changed, the industry has changed. Not only has she helped us explore the scenes as the characters, but also hopefully add more to them so the fans will also enjoy the scenes.”

Heughan added, “It’s a large part of the show… we’re just approaching them in a different way and I think not only for us, but also for the younger actors who are involved in our production to give them support as well.”

As for what will come with his character Jamie’s relationship with Claire, played by Caitríona Balfe, he said, “They are in for a rough ride, I’m afraid to say. There’s some nice moments, we get to spend a lot of time as a couple domestically, but things are about to go downhill pretty fast.”

Rachel also caught up with Caitríona, who shared her take of Jamie and Claire's relationship. She said, "When we meet them in the beginning of the season, Claire is very much still dealing with what happened at the end of last season. On the surface, she is putting on a brave face, but obviously inside, she's really struggling and Jamie is sort of busy."

"There's a little distance... We're so used to seeing physical distance between this couple... It's more of an emotional distance and they really have to fight to sort of find each other again," Balfe elaborated. "This is a marriage that's a mature marriage... Every marriage has ebbs and flows... You get to see them really work on how to, sort of, keep their union strong."

Caitríona used the word "unraveling" to describe the new season.

She also raved about their intimacy coordinator, saying, "I was pregnant this season and that's a very vulnerable place to be in and to be having to do sex scenes while you're pregnant is not fun... To have someone who is sort of our protector... a liaison between us and the needs of the studio or the producers... it was really great." 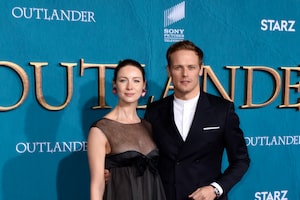 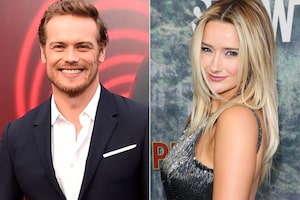