Country star Jana Kramer is smiling again and she’s turning her painful divorce from Mike Caussin into something positive… a new song for her kids.

“Extra’s” Billy Bush caught up with Jana, who opened up about her post-divorce life and her new music.

Jana has moved on from Caussin and is now dating Ian Schinelli, going public with their relationship last month.

Kramer recently posted pics of them packing on the PDA at the beach. She said, “I’m just kind of, like, in this moment for me today, I’m having fun. If it doesn’t serve me tomorrow, figure it out. I have two beautiful kids. I don’t need to be in a relationship… I’m by no means putting any pressure or feel like I have to settle like before.”

Things are going so well with the couple that she’s even introduced him to her kids and vice versa! She revealed, “He hangs with the kids. I have met his daughter… It’s like five-ish months… You’re kinda past the honeymoon phase, so you’re getting into, like, the real-life stuff and just seeing if it works for each other, and that’s kind of where we’re at right now.”

Of her beau, Kramer noted that he’s in “private equity.” She added, “There’s conversations of him going back to re-enlisting. We just recently had some serious conversations about it. I told him I never want anyone to live with regrets, so I told him if will regret not going back, like, go back.”

Billy joked that a career in private equity could help Ian buy a shirt since he always seems to be shirtless on social media. Jana quipped, “He definitely has shirts, but he doesn’t wear them often and I’m okay with that because if I looked like that, I would be shirtless too.”

Last year, Kramer filed for divorce from Caussin, listing the reason behind the split as “inappropriate marital conduct, irreconcilable differences, and adultery.”

As for her new song “The Story,” Jana explained why she wrote it, saying, “I was like, ‘How am I supposed to tell my two beautiful innocent children now, their world is about to be blown apart… coming up with a way where it’s just, like, ‘We loved each other, now we’re just friends.’”

Maintaining a positive outlook, she stressed about the pain from her divorce, “There’s so much beauty in it... It’s like, ‘Yes, it comes from pain, but, like, the ending too, like, ‘I can’t wait to see what us three are gonna do to be able to give them’… I love my family of three. Right now, we’re the best we’ve ever been.”

When asked if she would go back and change anything from her past relationship with Mike, she answered, “I wish I would have left a lot sooner, knowing everything I know now… Who was next to me was not actually that person, so I would never want to stay with that person, it was just the idea of who I thought he was.”

Reflecting on their split, she noted, “The affairs to me is not what ruined our marriage. It was the lying.”

She kept it real, saying, “If my new boyfriend wants to cheat on me, that would suck, but I can’t control it.” 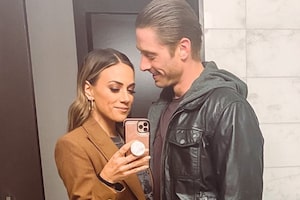 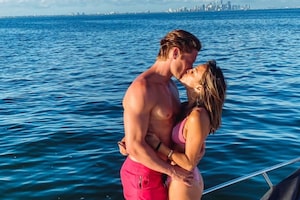 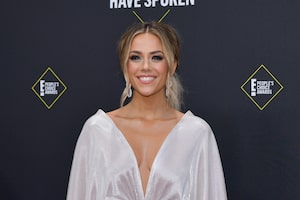