On the Season 8 premiere of “The Real,” Jeannie announced she is pregnant with her first child with husband Jeezy.

She shared, “I can definitely say that our ‘Real’ fam is growing, and it’s been really hard to keep all of these secrets for you guys because we’ve had so much to reveal here at the show, including the fact that I am pregnant!”

When Loni Love asked how she feels to break the pregnancy news, Jeannie said, “It feels surreal because this is the same home that I said so many defiant things. You know, I was like, I know exactly what I want, I know exactly what kind of woman I want to be, and I always said I’d never be a mom. And there’s so many reasons now that are coming to fruition as to why I would have said that then, but I do know that you never say never, and that love can really change you and I’m so thankful to be on a show that’s really helped me to grow and to evolve and to see myself differently than I would have ever imagined seeing myself.”

“This is the only place, honestly, when Jeezy and I were talking, I was like, ‘I’ve got to come home and tell my girls,’” Mai Jenkins added. “I’ve got to come home and tell the girls that have always accepted me at every stage of my life, have been through my ups and downs and have always encouraged me to a place where, I feel like you’ve all individually always told me to, if I wanted to be a mom, I’d be an awesome mom.”

How did Jeezy react when Jeannie told him she was pregnant? She answered, “I think the reason why it’s such a big deal is because Jeezy made me realize that I’ve never really felt safe in my life, you know? I’ve never really truly felt safe. And of course, it has to do with things that happened when I was younger, but when you know what feeling unsafe is like, that becomes your world. And falling in love with Jeezy, meeting someone who also didn’t feel safe in their life, we began to really create a place where our happiness spelled out what ‘safe’ looked like around us. So, as soon as you feel safe, in a healthy relationship, all of sudden you start having visions and dreams and for both of us at the same time, it would be becoming parents, having kids.”

Jeannie emphasized, “And for him, he’s already gone through that journey, he knows it so well. But when we first started dating, that was the one thing, you know how transparent I am. When I say on the first date and lay it out there, I don’t want to ever mislead somebody, I don’t want them to get mixed expectations, so I always say, ‘I don’t plan on having kids, where you at?’ He’s like, ‘I got two, I have two beautiful children. So, actually, I’m good,’ I’m like, ‘Great, let’s just have fun and date and get to know each other.’ But as we started to fall into more of this healthy love with each other, we said, ‘I see having kids with you.’”

The pregnancy news comes nearly six months after they tied the knot in their Atlanta home. 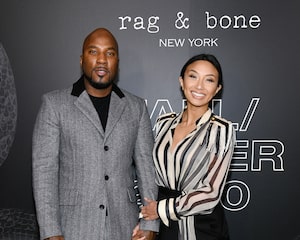 At the time, Mai Jenkins told Vogue, “After Jeezy’s mother unexpectedly passed, we quickly learned that life is too short. And at the end of the day, Jeezy and I really just wanted to become husband and wife. So we decided to turn our original wedding into a mini-mony, where we exchanged our vows in front of our immediate family and a few close friends,” Jeannie went on. “Once everyone was tested and confirmed negative, our guests were shuttled to the surprise location — our home.” 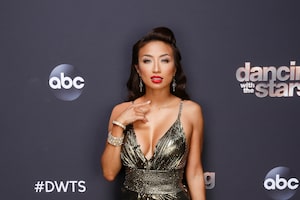 Doctors’ Orders! Jeannie Mai Reveals What She’s Not Allowed to Do Post-Surgery 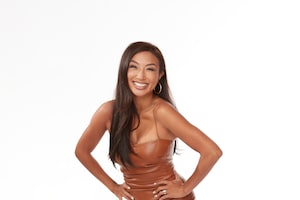 Hospitalized! Jeannie Mai Forced to Leave ‘Dancing with the Stars’ 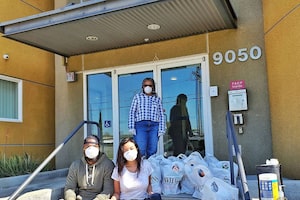 Jeannie Mai Engaged to Jeezy — Inside His Romantic Quarantine Proposal!