More than six months after being shot, Lady Gaga’s dog walker Ryan Fischer sat down for his first TV interview.

Fischer showed some love to Lady Gaga for helping him through the traumatizing ordeal, telling, “CBS This Morning’s” Gayle King, “She’s been a friend for me. After I was attacked, my family was flown out, and I had trauma therapists flown to me. And I stayed at her house for months while friends comforted me and security was around me.”

Fischer also recalled the night he was shot while walking Gaga’s three French bulldogs Koji, Miss Asia and Gustav. He shared, “I had a feeling when they came up, pulled the gun on me that I was gonna end up being shot. Because in my mind, I was like, ‘There’s no way that I’m not going to fight for these dogs.”

The altercation was caught on camera by a neighboring house. After the dognappers stole two of the dogs, Fischer is heard screaming for his life. He admitted, “I was scared. I was in pain.”

Ryan was eventually rushed to a hospital, where he underwent emergency surgery. He recalled, “All of a sudden all this blood just spurted out on the doctor next to me. Everyone’s faces just dropped, and I heard my blood pressure drop. The people in the ER… told me that they didn’t think I was going to survive that night.”

While at the scene of the dognapping, Fischer reunited with Carlos Pantoja, who ran to his aid after he was shot. 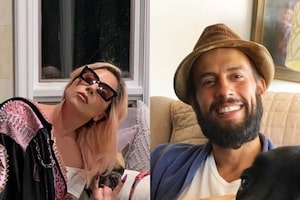 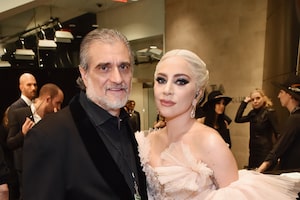