“Modern Love” star Garrett Hedlund is dishing with “Extra’s” Jenn Lahmers about Season 2 of the hit show, and opening up about being a dad.

Garrett and girlfriend Emma Roberts welcomed their baby boy Rhodes in December, and he told Jenn, “I’m away from diapers for the moment. I’m up in Toronto shooting a movie… I will be reunited with the diapers soon.”

His favorite part so far? “I’ve done a lot of dad things. The best part is we were just in Boston, my gal was working so it was every day all day with mister young man. My favorite part of every day was the bedtime stories… me telling him stories of his grandfathers, which was wonderful for me and hopefully him. It was just a really sweet, connecting dad moment.”

Fans will see Garrett on this season of “Modern Love,” the Amazon Prime series based on the real stories of romance featured in the New York Times column of the same name.

Garrett revealed he read the column before taking the role, asserting, “Oh, I sure did.”

“Anna Paquin, wonderful to work together with in this… it is such a wonderful show in the way that it expresses love, the loss of love, beautiful endings and beautiful beginnings… and realizing that every facet of it is some sort of beautiful imperfect macanation of some sort of chaos that can pull at the heart strings.”

He confessed, “‘Modern Love’ was my favorite show I watched over the pandemic. Me and my gal couldn’t have held hands tighter or held each other closer through the whole viewing experience, never wanting it to end. So honored to be a part of this one, because now there is more.”

Telling Jenn about his episode, he said, “I play a character, Spence, who’s come back from war… He always has a plan for everything to a detriment. You can learn in this story that has led his gal to have veering eyes Anna’s Paquin’s character is sort of dealing with the same thing. Her and I end up meeting each other in the waiting room of a therapy session.” 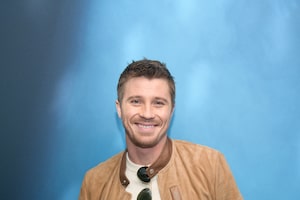 Garrett Hedlund Gushes About Son Rhodes, Plus: His Movie ‘The United States vs. Billie Holiday’ 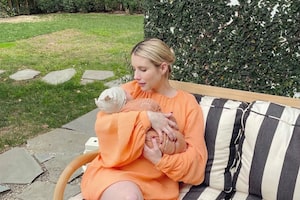 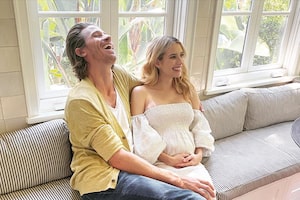