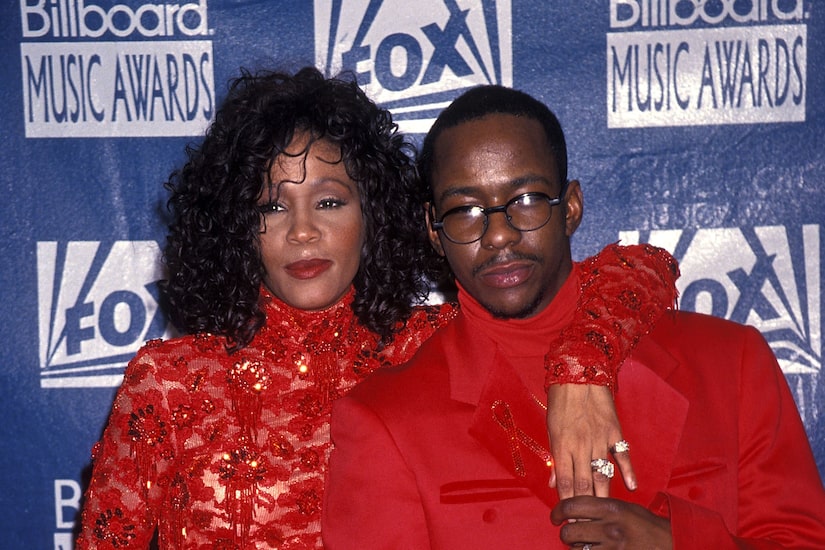 On a new episode of “Red Table Talk,” singer Bobby Brown is discussing the recent death of his son Bobby Brown Jr. and his “volatile” relationship with late wife Whitney Houston, the mother of his daughter, Bobbi Kristina Brown.

Last month, it was revealed that Bobby Jr. had died from a deadly mix of drugs. According to his autopsy, alcohol, cocaine, and fentanyl were found Bobby Jr.’s system. His death is listed as accidental.

Bobby told Jada Pinkett Smith, Adrienne Banfield-Jones, and Willow Smith, “He wasn't a user. He would experiment with different things. It wasn't like he was dependent on drugs like when I was in my situation. I depended. I needed it. He was a young man that tried the wrong stuff and it took him out of here.”

As for why he’s feeling “guilty” for his son’s death, Bobby said, “I’ve been through my time, and I know my time played a part in my son feeling he could test something.” 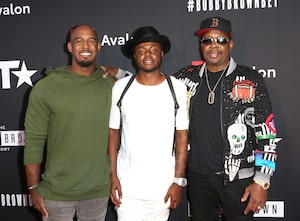 Bringing attention to fentanyl, Brown stressed, “This epidemic is out of control and those supplying this lethal drug should be held responsible for the death and destruction that it causes.”

“Kids today, they're trying different things," Bobby added. "They're trying to get as high as they can possibly get. That's a real problem, because they don't know what these drugs are being mixed with these days.”

Referencing Bobbi Kristina, who died in 2015 after being found unresponsive in a bathtub, Bobby said, “Losing him was very, very unexpected, just like losing my daughter. We were just in the studio two nights before.”

Brown also opened up on how his relationship with Houston suffered because of their drug use. He said, “The violence that we incurred was using, and that is violence in itself. We abused drugs and alcohol. We fought hard verbally. And we loved even harder.”

While he admitted their relationship got "really, really messy,” Bobby emphasized, “Our love was strong for each other, we showed it to each other time and time again, over and over. We just got caught up, and that had nothing to do with how we felt about each other. The love was always there."

In 2006, Whitney and Bobby called it quits after 14 years of marriage. He recalled their split, saying, “I got clean a long time before she did — we were already divorced. She was a strong woman. She was fighting really hard to save her own life. I had strength for myself at that time — being an addict, I needed to save myself in order to be able to save someone else... Unfortunately, we grew apart while I was trying to find myself."

In 2012, Houston died at the age of 48. Cocaine was found in her system at the time of her death.

Bobby put the blame of Whitney and Bobbi Kristina’s deaths on Nick Gordon, who died last year after a heroin overdose. He argued, “He was the only one there with both situations with my ex-wife and my daughter, and they both died the same way.” 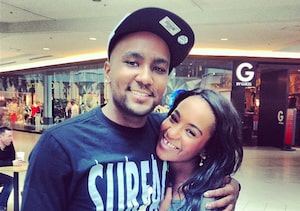 The death of Whitney and Bobbi Kristina is still “rough” for Bobby to deal with. He revealed, “I think about it every day. [The pain is] pushed down. I’m keeping it away from me as much as possible, because I couldn’t do nothing then and I can’t do anything now.”

What would he say to Whitney if he had the chance? He answered, “She's definitely missed in my heart and in my spirit. She was my friend. She was the mother of my child. One of the greatest entertainers that I've ever met. One of the greatest singers, one of the greatest voices the world has ever bared witness to. I know for what it all meant, God has a plan that I can't question. It was already written in the books."

Bobby Brown Calls for Justice After His Son’s Death 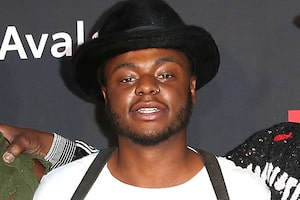