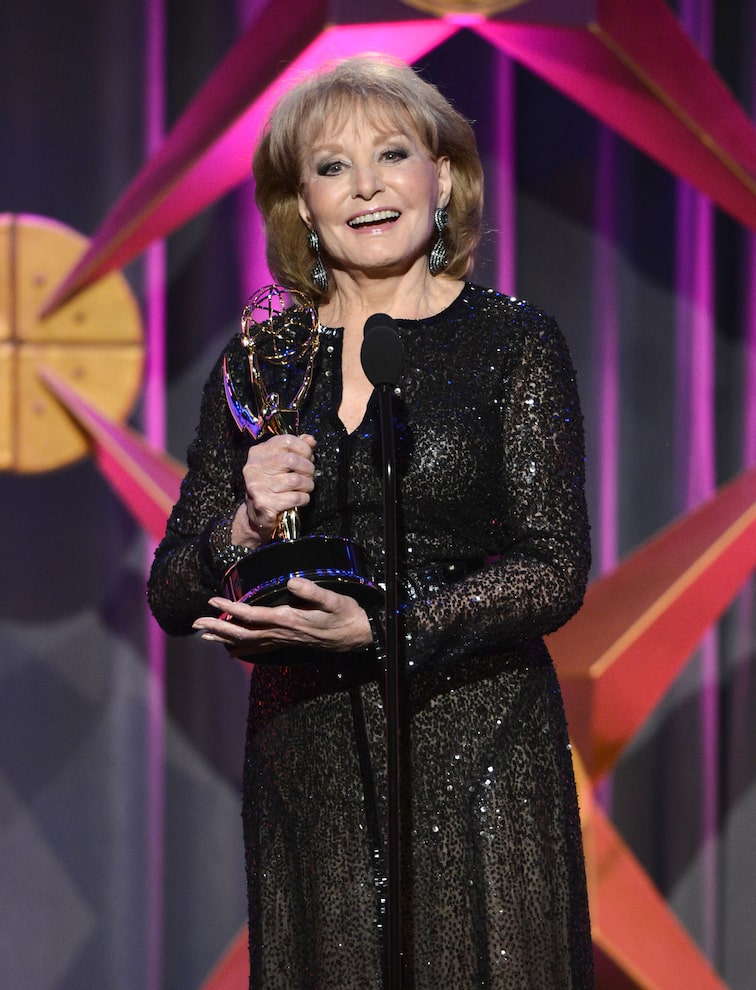 Legendary newswoman Barbara Walters has died at her home in New York at 93, according to ABC News.

Born on September 25, 1929, Walters was the daughter of Lou Walters, manager of the Latin Quarter nightclub. He also produced "Ziegfield Follies of 1943" and worked in Las Vegas, all of which conspired to surround young Barbara with celebrities and place her in colorful situations, experiences that would guide her in her future vocation.

After graduating from Sarah Lawrence College in 1951, she sought work in the broadcast field. Her first job was at an NBC affiliate in NYC, WNBT-TV. There, she wrote press releases and toiled in publicity.

Her career seemingly always on an upward trajectory, she produced "Ask the Camera" (1953) starring Roone Arledge, but left another producing job due to what she described as sexual harassment.

She worked at Tex McCrary and wrote for "Redbook" magazine before joining "Today" in 1961. Pre-feminism, she was branded the show's "Today Girl" — others to hold the role included Florence Henderson, Helen O'Connell, Lee Meriwether and Estelle Parsons — but wound up reporting and editing and writing for the series, soon working as a film editor for NBC News.

Doing interviews on "Today" for years, she was named co-host — the first woman in the position — in 1974, only after the death of her sexist co-host, who had insisted he would only to joint interviews with Walters if he were allowed the first three questions.

Walters broke more ground in 1976 when she was named co-anchor of "The ABC Evening News," much to the chagrin of co-anchor Harry Reasoner, who was said to have liked her fine but to have resented any co-anchor. This lasted for two years, during which time she was often lampooned by Gilda Radner on "Saturday Night Live" for her famous speech impediment. "Baba Wawa" was one of the show's biggest hit characters, and Cheri Oteri continued the impersonation on the show in the '90s.

In 1979, Walters rejoined NBC and with old friend and former co-worker Hugh Downs hosted the TV newsmagazine "20/20." Her introductory, "I'm Barbara Walters, and this ... is 20/20," became a catchphrase for her.

Walters became known for her inimitably blunt interviewing style. Sh also peppered her cozy-seeming sit-downs with highly personal inquiries (that are often criticized today) and offbeat queries meant to shake things up and expose who her subjects really were, not just who they hoped people would see.

Walters never lived down asking Katharine Hepburn, "What kind of a tree are you?"... even though it was in response to Hepburn saying, "I'm a very strong, I'm a comer, sort of, you know, thing — tree or something."

When Walters asked if Hepburn ever wore a skirt, Hepburn replied dryly, "I have one. Wear it to your funeral."

Among her most famous and/or controversial interviews, which included world leaders and tastemakers, Walters spent days with Fidel Castro for a piece that humanized and castigated the Cuban dictator; she drew 74 million viewers to her Q&A with Monica Lewinsky post-Clinton scandal; and she asked the Kardashians about having "no talent."

Walters was also synonymous with starry Oscar-night specials. Her "10 Most Fascinating People" specials were ratings grabbers.

In 1997, Walters and her business partner Bill Geddie created the daytime talk show "The View," a highly successful venture that included Walters herself and a row of other opinionated women discussing — and arguing about — the day's events. As of 2022, the program remained a juggernaut. Many of its alumni have took to social media to mourn Walters when news of her death broke. 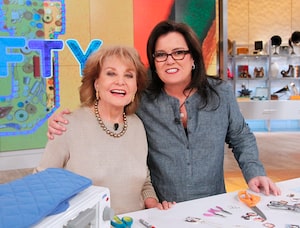 On May 15, 2014, Walters retired from the show. She did her final on-air interview in December 2015 with Donald Trump, who had been an acolyte of her close friend Roy Cohn. She continued to contribute to ABC News until 2016, after which time she retired completely.

Walters was married four times to three men, her second marriage to Lorimar CEO Merv Adelson ending in divorce in 1992, after which she remained single.

She is survived by an adopted daughter, Jacqueline, with ex-husband Lee Guber. Walters said later in life that she regretted not taking the time to have more children.