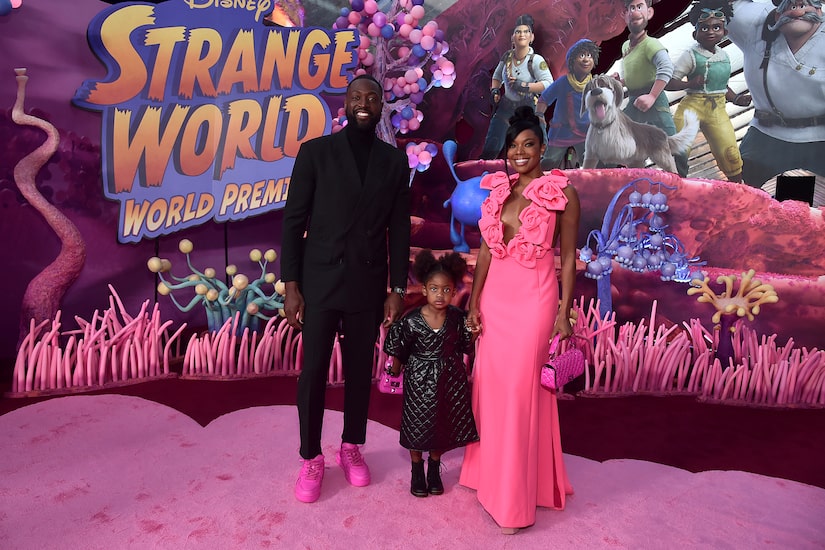 On Tuesday, Gabrielle Union was stunning in pink at the premiere of her new movie “Strange World.”

Union made it a family affair by bringing her husband Dwyane Wade and their daughter Kaavia.

“Extra” spoke with Gabrielle about just turning 50 and the surprise tattoo Dwyane got in her honor!

As for Dwyane’s tattoo, she revealed that it is “kind of an inside joke.” She explained, “My first husband… he got a very large tattoo of my whole name in a very specific font and obviously it didn't work out. So my husband has heard that story for many years… He is like, ‘I am not getting a tattoo, I want us to work,’ so after, Martin Luther King, every number he has ever worn since AAU, he got [tattooed] on him… Literally everything that has even a modicum of meaning is on his body. I was like, ‘I cannot be the 17th tattoo,’ so he surprised me with my initials. He's like, ‘I'm gonna keep it small ‘cause I want us to work.’ But it was a sweet surprise.”

Would Union ever get a tattoo? She answered, “Hell no! I have no tattoos. I could barely get a second piercing in my ear.”

In the Disney movie, Gabrielle is the voice of Meridian Clade, a pilot and natural leader. The animated film centers on a family of explorers working through their differences while on a big mission.

Union can relate to her character, a mom who tells her kids to embrace being brave and live out their dreams. She said, “We live it every day, we live it, we preach it… When our children tell us who they are and what their dreams are and their passions are, it’s our job to support them lovingly and provide a safe sanctuary, no matter what the outside noise is… I think we do that pretty solidly.”

“I love that that is part of this film, not only the kids, but each individual adult,” Union pointed out. “Live your own passions, ‘cause when you live your life trying to be everything to everyone else, you end up being nothing to yourself.”

“Strange World” is in theaters November 23. 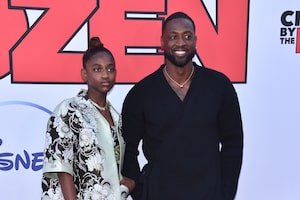 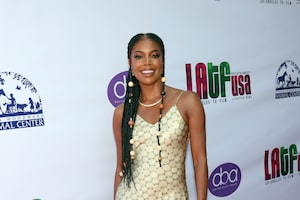