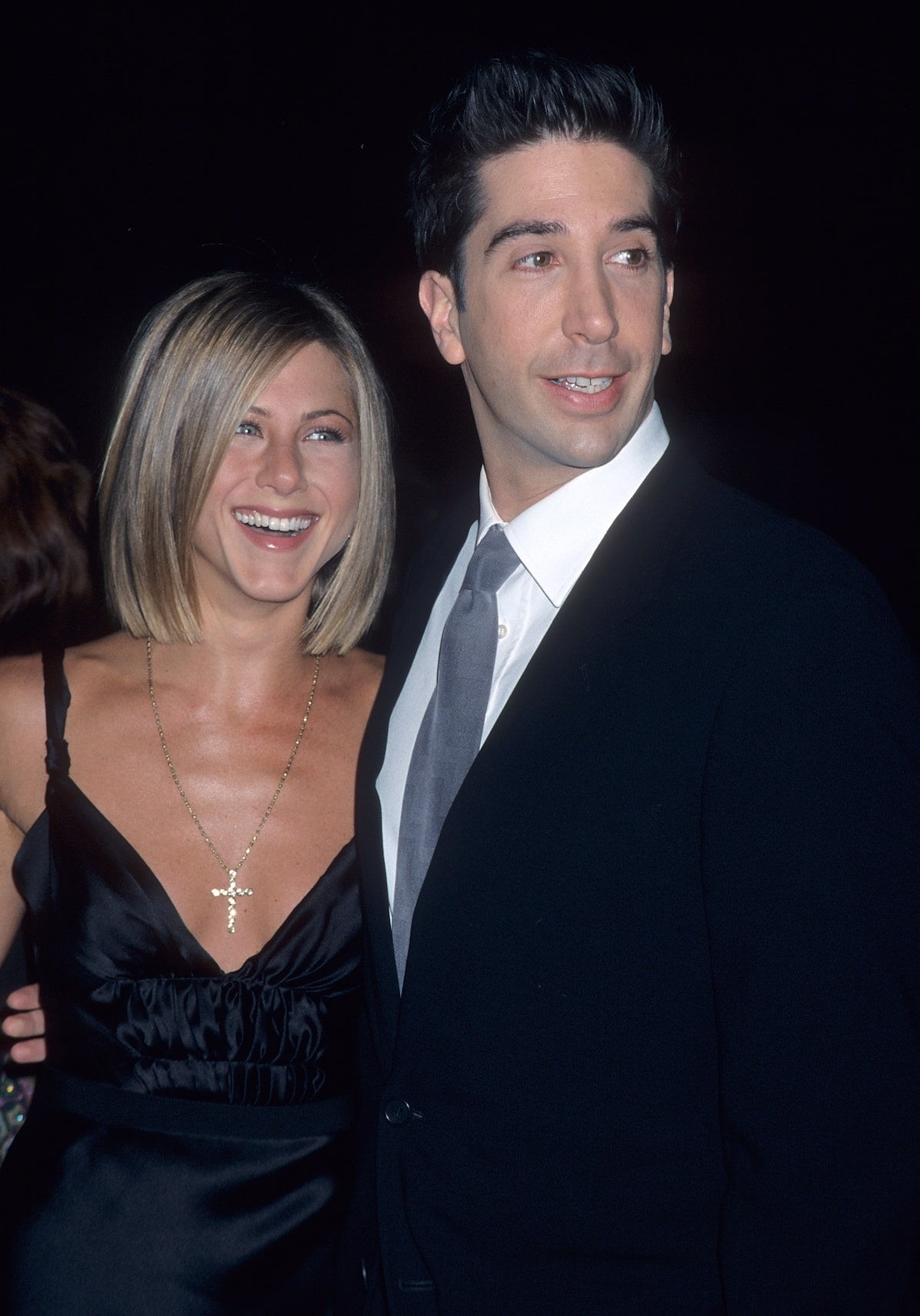 A few days ago, Aniston posted a photo of herself in the shower, hinting, “Something’s coming 🚿 9.8.22.”

In response to Aniston’s Instagram post, Schwimmer posted a similar photo of himself in the shower, writing, “@jenniferaniston - a towel I hope??”

In the funny photo, David had shampoo all over his hands and face!

On Thursday, Jennifer announced her haircare line LolaVie. She wrote on Instagram, "They’re finally HERE! 🤗 @lolavie Shampoo & Conditioner are officially available today and we are so happy where they landed 🙏🏼Thanks to my team for working so hard to get these babies JUST RIGHT. Hope you love them as much as I do! 🚿💦❤️."

David and Jennifer played love interests on the iconic series “Friends,” which ended in 2004.

Last year, David and Jennifer sent “Friends” fans into a tizzy during the reunion when they confessed to crushing on each other while playing on-again, off-again couple Ross and Rachel.

David admitted, "The first season, I had a major crush on Jen… At some point, we were both crushing hard on each other."

Aniston agreed, saying, “It was reciprocated.”

"It was two ships passing,” Schwimmer said, claiming nothing ever actually happened between them “because one of us was always in a relationship. We never crossed that boundary — we respected it."

Jen added, "We channeled all of that passion and love for each other into Ross and Rachel," recalling the characters’ first kiss in Season 2 in the episode “The One Where Ross Finds Out.” Aniston said, "I remember saying to David, 'It’s going to be such a bummer if the first time you and I actually kiss is going to be on national television.' Sure enough, the first time we kissed was in that coffee shop."

Following the reunion, David’s reps shut down any speculation that they could possibly be dating, telling The Independent there was “no truth” to the romance rumors.