Actress Billie Lourd, 30, has a bun in the oven!

Lourd broke the news at the “Ticket to Paradise” premiere at Odeon Luxe Leicester Square in London.

Lourd didn’t need to say a word to announce her pregnancy! She cradled her growing baby bump while posing on the red carpet.

Billie is expecting her second child with husband Austen Rydell, who accompanied her at the premiere.

Billie and Austen just got married in March. 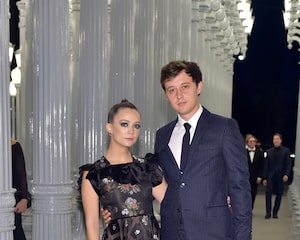 The pair are already parents to son Kingston Fisher, who was born in 2020.

Amid the COVID-19 pandemic, Billie was able to secretly give birth to Kingston.

The news came as a surprise, since Lourd never even revealed she was expecting.