Mindy Kaling and “Never Have I Ever” star Maitreyi Ramakrishnan chatted with “Extra’s” Katie Krause about Season 3 of the hit Netflix show.

Katie asked, “What does he bring to the show, and Mindy, how did you approach Reese about this, or did you?” Mindy said, “I had heard Reese say that Deacon was interested in performing and he is.” Katie asked Maitreyi if she loved acting with him, and she said, “He was fun.”

Mindy praised his work, saying, “He’s so funny, so talented… He’s obviously, like, very handsome, and we had a great time with him on set, and he is like his mom where after he wrapped, he sent me a handwritten note, thanking me for being on set… You could just tell Reese is his mom… You’re just like, ‘Oh, you’re a good person… I can’t imagine anyone saying a bad thing about you… You’re one of those.’”

She went on, “Him and his sister are both that way… And so it was just great to have him on set and he was really cute.”

That led Katie to ask, “You mentioned his sister, so I’m just curious. You put him in ‘Never Have I Ever.’ Could you put Ava in ‘Legally Blonde 3’?”

Mindy said, “Listen, I think I can do anything, and if that’s something she wanted to do, what a joy to have her in that.”

As for “Never Have I Ever,” Maitreyi talked about Daxton’s hurdles this season, saying the show is “messy, always messy.”

She pointed out, “Stable relationships are so boring to watch on TV… It has to be messy and that’s how it’s entertaining. If it’s easy, then I don’t want to watch that,” adding, “Yeah, they’ve got a lot on their plate.” 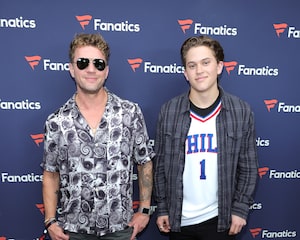 Krause asked, “How do we kind of dig deeper into their relationship this season?” Ramakrishnan said, “One is sexual. I wrote the premiere, which is, you know, Devi’s finally confronted with like, ‘Oh, I’m gonna, like, lose my virginity to the hottest guy in the school,’ which is pretty stressful.”

So will Ben and Devi get back together? Maitreyi teased, “I know what happens… We just finished filming Season 4.”

Mindy added, “Ben is…  a petite young man, but he’s jacked, he’s very cute, and he’s really smart, so he has a lot going for him too as well… So he is a good adversary, I think, to Paxton.”

Kaling insisted, “He has a lot going for him, but I’ll say it’s more of an uphill battle for him.” Ramakrishnan said, “He has some work to do,” adding, “Why are we forgetting that he’s in a relationship with Aneesa?”

Katie also got the scoop from Darren Barnet about the "wild ride" ahead for Devi and Paxton, plus Jaren Lewison dished on what Daxton means for Devi and Ben’s relationship. Watch!

“Never Have I Ever” premieres August 12 on Netflix. 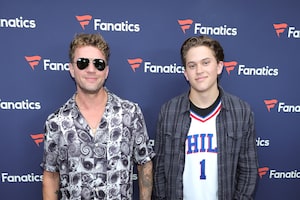 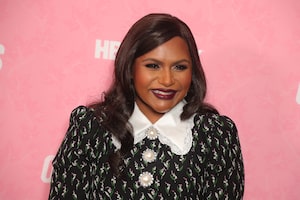 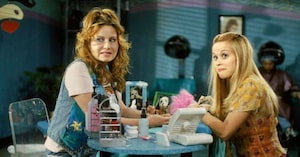