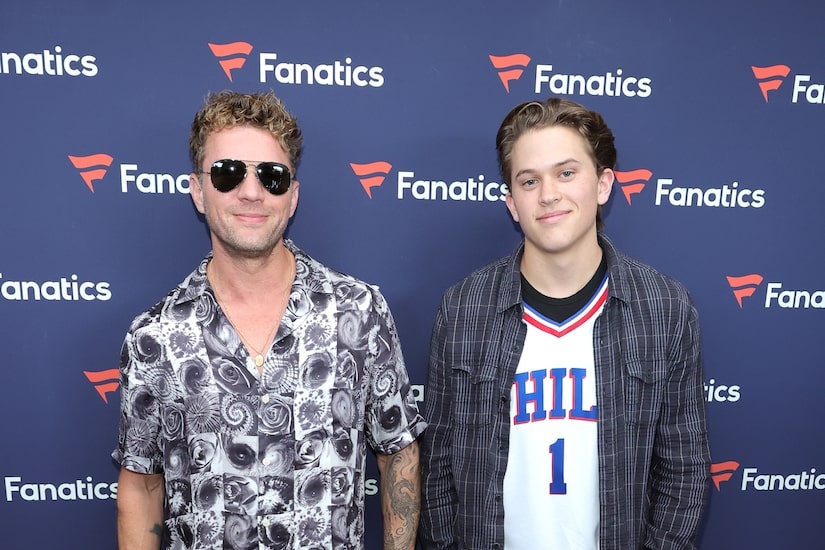 Ryan Phillippe is one proud dad!

“Extra’s” Jenn Lahmers spoke with Ryan and his “Collide” co-star Kat Graham about their movie, as well as his son Deacon’s upcoming acting debut in “Never Have I Ever.”

Ryan commented, “It’s really exciting. Being a parent is so rewarding to see him at this point in his life where he’s about to launch his music career and he’s doing a bit of acting and going to college. It’s really a lot of fun.”

"We're kinda on vacation right now in Delaware. We just did a big fishing trip today," Phillippe elaborated. "I'm trying to get all of this extracurricular activity out of the way before college."

Ryan is doing a bit of acting of his own with Kat, Jim Gaffigan, and Drea de Matteo in the new edge-of-your-seat thriller “Collide,” which chronicles three couples who cross paths inside an L.A. restaurant.

Ryan and Kat’s characters are on one crazy blind date in the movie!

Phillippe admitted, “I don’t think I trust anyone enough to co-sign for a blind date. I’m too particular; I can’t trust anyone else.”

As for what drew him to the script, Ryan shared, “I love movies that have intersecting story lines that ultimately collide… Coming into it without really knowing Kat… was interesting to me.”

Kat added, “You tell me Ryan Phillipe and a restaurant, and I am in… The script was amazing. I really like the character… [I] wanted something where I could play an unhinged woman.”

Kat is also voicing April in “Rise of the Teenage Mutant Ninja Turtles: The Movie,” which streams August 5 on Netflix. She dished, “The fact that they decided to make April O’Neil Black and said you should play her was just wild… to be on a show you grew up watching.”

“Collide” is in theaters August 5.