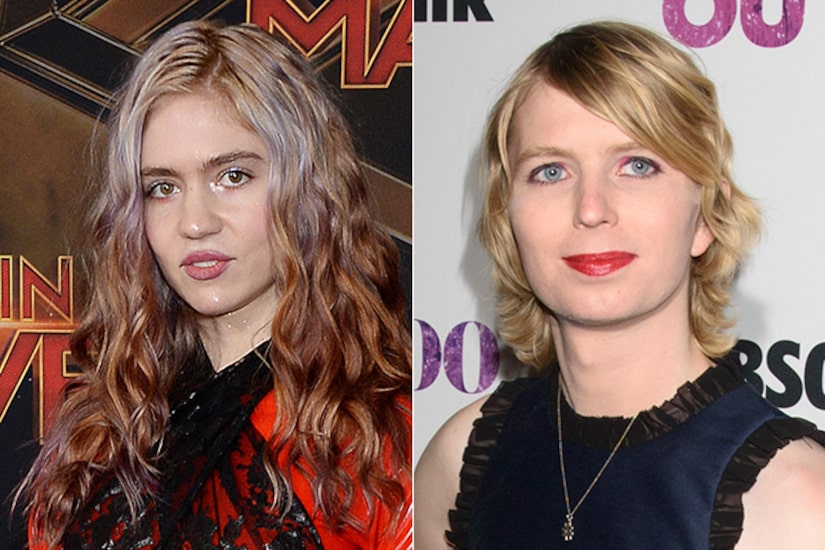 Singer Grimes and whistleblower Chelsea Manning have reportedly called it quits after several months of dating.

A source told Page Six that they “had been broken up for a while.”

Grimes and Chelsea were romantically linked in March.

At the time, an insider claimed they were “getting serious,” adding, “They U-Hauled it. They’ve been living together in Austin.”

Earlier this year, Grimes revealed that she had welcomed her second child with ex-boyfriend Elon Musk.

Grimes spilled the news in April’s Vanity Fair cover story to writer Devin Gordon. The singer later took to Twitter to clarify some things about the article and her relationship with Musk.

The secret baby came as a surprise, since Elon and Grimes, who share son X Æ A-Xii, had seemed to split in September. Musk described them as “semi-separated” at the time. Grimes revealed the two welcomed a daughter named Y, full name Exa Dark Sideræl Musk, around December. 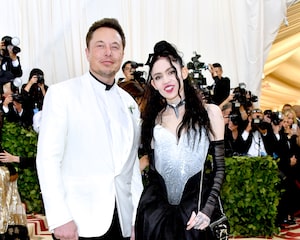 As far as her relationship with Elon, and their supposed split, the story explained that she was living in L.A. and he was living in Texas at the time of the breakup. Following baby Y’s birth, she had since moved to Texas.

Explaining their relationship status at the time of the interview, she said, “There’s no real word for it. I would probably refer to him as my boyfriend, but we’re very fluid. We live in separate houses. We’re best friends. We see each other all the time… We just have our own thing going on, and I don’t expect other people to understand it.”

She added, “This is the best it’s ever been... We just need to be free.” At the time, she also said they planned to have more kids, saying, “We’ve always wanted at least three or four.”

After the story came out, Grimes tweeted an update on their relationship status, writing, “Me and E have broken up *again* since the writing of this article haha, but he’s my best friend and the love of my life, and my life and art are forever dedicated to The Mission now, I think Devin wrote that part of the story rly well. Sique – peace out Ps ‘The Mission’ is ‘Sustainable energy, making humanity a multiplanetary species and the preservation of consciousness.'”

It was also just revealed that Musk’s father, Errol Musk, just had a second child with his own stepdaughter. Musk and his dad are estranged.