TMZ reports Hurley tied the knot with Christos Lardakis in a Chicago courthouse over the weekend.

The outlet also obtained photos of the couple from their special day. 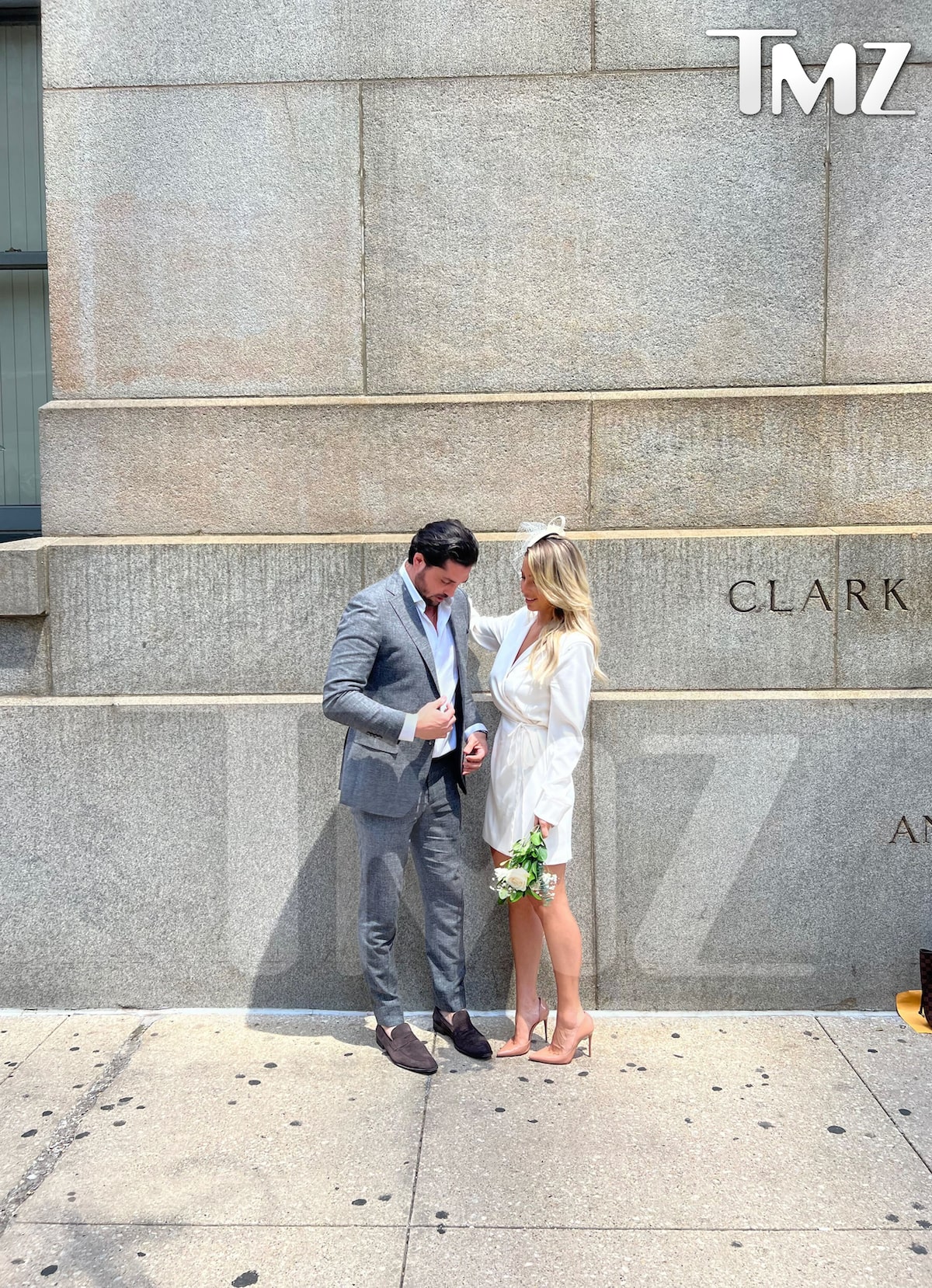 According to witnesses, the ceremony was a small one, with only Christos’ daughter and a close friend attending.

Sources told TMZ that the pair are planning to celebrate their union with a bigger wedding in Greece later this month, which will be attended by many of their friends and family.

In March, news broke about Shaina’s engagement to Christos.

A source told People magazine, “Shaina is engaged. She’s been dating Christos for almost a year and this is the happiest I’ve ever seen her. He has stood by her side through all of the ‘Love Is Blind’ drama and has been her steady in the storm.”

Along with calling Shaina a “sweetheart,” the insider added, “[Shaina] has found a man who loves her and understands her. She deserves the best.”

The engagement news came just one day after Shaina made it official with Christos.

Along with a series of photos of the Greek getaway, she gushed, “My ride or die forever ♾ ❤️‍🔥 ✞.”

While romance rumors were swirling about Shaina and Shayne Jansen after the second season of “Love Is Blind,” it’s obvious that those aren’t true!

Just before the engagement news, “Extra’s” Katie Krause spoke with Shaina, who played coy on her relationship status. She quipped, “You’re going to have to stay tuned.”

As for having feelings for Shayne, she said, “I think he’s a great person. I want nothing but the best for him.”

On the show, Shaina accepted Kyle Abrams’ proposal, but they didn’t end up getting married. As for why she said yes in the first place, she admitted, “When I was going through the whole process, I think I kind of got wrapped up in it.”

Hurley went on, “I also didn’t want to hurt him, which is not a good reason to say yes to somebody, looking back on it. I wish I would have been forthright from the beginning, but it was just crazy… It was more out of, again, people-pleasing.”