In her last monologue, DeGeneres told the audience, “Welcome to our very last show. I walked out here 19 years ago, and I said that this is the start of a relationship. And today is not the end of a relationship. It’s more of a little break. It’s a, ‘You can see other talk shows now.’ And I may see another audience once in a while."

Ellen shared, “Twenty years ago, when we were trying to sell the show, no one thought that this would work. Not because it was a different kind of show, but because I was different. Very few stations wanted to buy the show, and here we are, 20 years later, celebrating this amazing journey together.”

Recalling how times have changed since the show’s premiere in 2003, Ellen commented, “When we started this show I couldn’t say ‘gay’ on the show... I said it at home. A lot. ‘What are we having for our gay breakfast?’ Or, ‘Pass the gay salt.’ ‘Has anyone seen the gay remote?’ Things like that. But we couldn’t say ‘gay.’ I couldn’t say, ‘we’ because that implied that I was with someone. Sure couldn’t say ‘wife,’ and that’s because it wasn’t legal for gay people to get married, and now I say ‘wife’ all the time.”

DeGeneres has been married to Portia de Rossi for nearly 14 years.

“Twenty-five years ago, they canceled my sitcom because they didn’t want a lesbian to be in primetime once a week," DeGeneres noted. "And I said, ‘Okay, then I’ll be on daytime every day. How about that?’ What a beautiful, beautiful journey that we have been on together. And if this show has made you smile, if it has lifted you up when you’re in a period of some type of pain, some type of sadness, anything that you’re going through, then I have done my job.”

Holding back tears, Ellen said, “Because of this platform, we have been able to change people’s lives, and this show has forever changed my life. It is the greatest experience I have ever had, beyond my wildest imagination So tWitch, one last time, dance with me."

After sharing one last dance, Stephen ‘tWitch’ Boss told Ellen, “If you don’t mind me saying this, your show is a reflection of what the world actually looks like. Not what’s in the headlines. You look out and you see people of various colors, shapes, creeds, whatever, all showing love to each other. It’s been that for 19 years, and we thank you for that."

Aniston appeared on Ellen’s premiere episode, so it seems only fitting for her to be on the last one!

“By opening your heart and your mind, you’re gonna be that much more compassionate. And compassion is what makes the world a better place," she said. "Thank you so much for being on this journey with me. I feel the love and I send it back to you. Bye."

Ellen made sure to give a shout-out to the show’s staff, as well as executive producers Mary Connelly and Andy Lassner.

Before the final episode aired, “Extra’s” Katie Krause recently spoke with tWitch about the final week of the show.

“Man, that final week is gonna be lots of ugly-crying,” tWitch said. 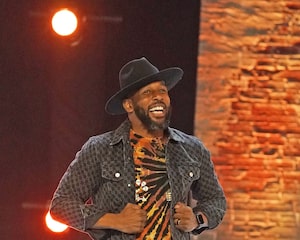 He noted that the emotions have come “in spurts here and there,” especially when video packages walk them back down memory lane. He added, “We’ve really created a family over there… created all kinds of memories and good actions.” 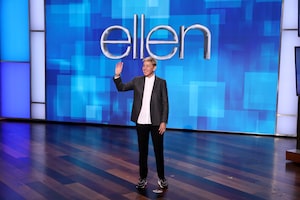 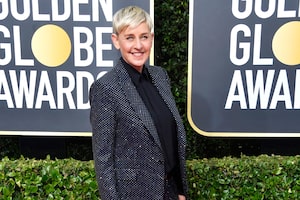 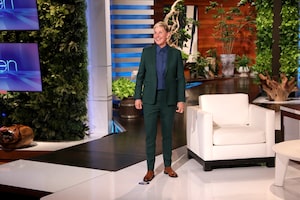