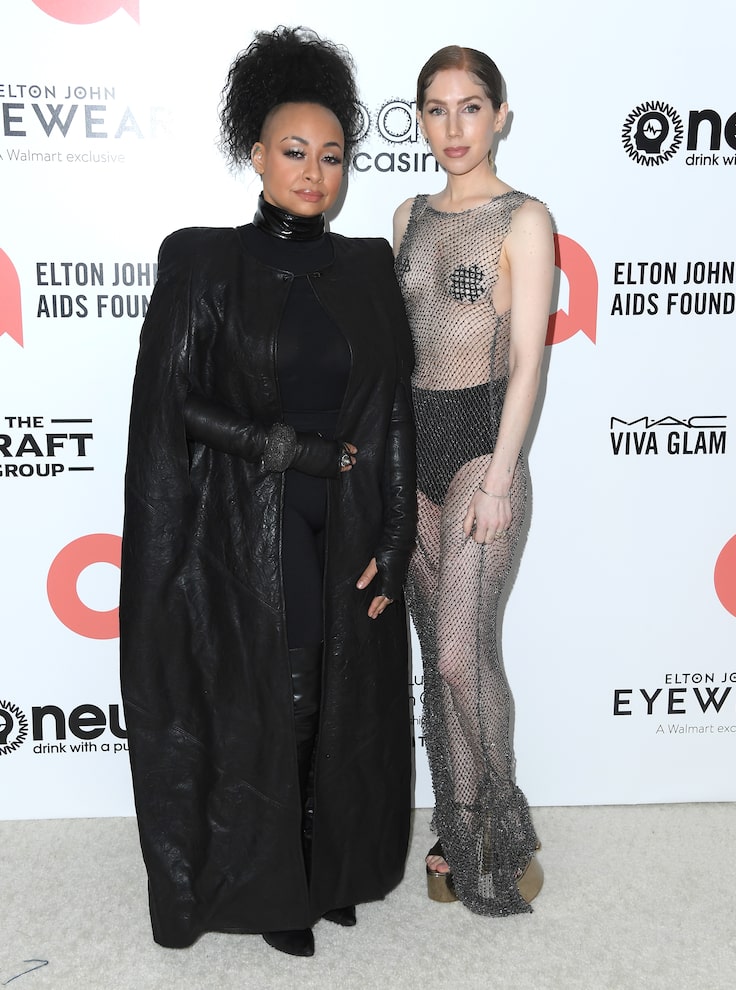 Raven-Symoné is opening up about her health journey after dropping 40 lbs.!

The former co-host of “The View” stopped by her old stomping grounds for the 25th-anniversary season, where she revealed she’s “kicked sugar.”

Raven was joined by wife Miranda Pearman-Maday, and credited her spouse for influencing her healthier eating habits.

"What made me want to change was her," she said, pointing to Miranda.

"I want to be here for her as long as I can,” she said. “I found out some numbers at the doctor that were not pleasant for someone in my age bracket or any age bracket, to be honest with you."

The actress praised Pearman-Maday, saying it was with her "help, and guidance, and love, and fantastic cooking skills — which everyone here knows — she helped me kick sugar."

Symoné added, "I say ‘kick’ sugar because it is an addictive drug.”

She explained, "I was addicted to it in wheat form, in regular form, and it's out of my system,” while also recalling how she used to eat sugar "in fish filet(s) with an extra packet of ketchup — two on Fridays!"

Back in May, she revealed on Instagram that she had lost 28 lbs. During an Instagram Live session with Pearman-Maday, People reports she showed off her chin, saying, "Pounds down, pounds down. Check out the chin. You see that chin? If you all watch ‘Raven's Home’ literally right now, and then come on this live and see this joint, I got a whole different face going on. It's a whole pounds-down journey." 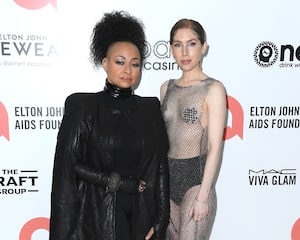 Miranda told her, "You're incredible honey. You're doing so good.”

“Extra” just spoke with Raven and Miranda days ago at the Elton John AIDS Foundation Party.

The women shared their two cents on the infamous Will Smith and Chris Rock moment at the 2022 Academy Awards!

When asked to weigh in, Symoné told “Extra’s” Katie Krause with a laugh, “‘[Ali]’ was a great movie.”

Raven was referencing the 2001 film in which Smith played famed boxer Muhammad Ali.

In happier news, Raven and Miranda about to celebrate their two-year wedding anniversary!

As for what she loves about their relationship, Symoné said, “I love the fact that we can cry in front of each other and it’s not super awkward like you do when you’re dating. You don’t want somebody to, like, see your vulnerable side, but we do now.”

Miranda added, “I would say… growing together, learning, kind of navigating, you know, life, which is hard sometimes and complicated most times. Having a party to do it with is awesome.”

As for their “amazing” date night, Raven noted, “That’s one of the things we talked about in the car. We’re like, ‘Oh, my God, are we in the car going somewhere right now? Are we dressed up?’” Watch! 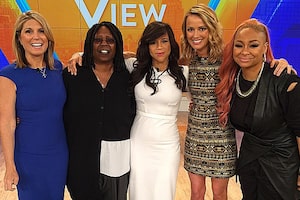 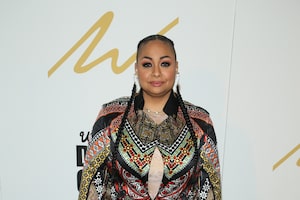 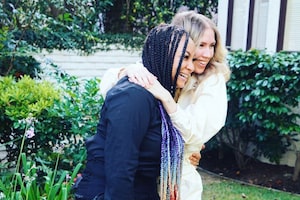