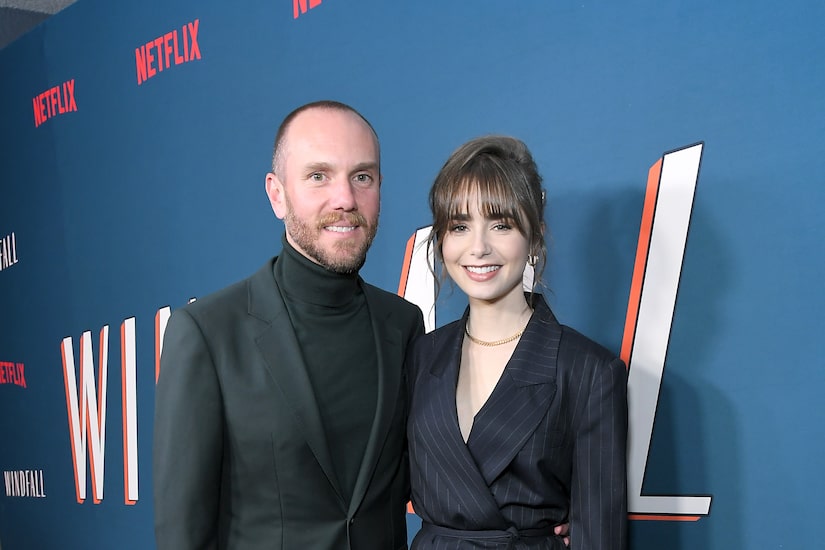 Last week, “Extra” spoke with the couple separately at the “Windfall” premiere in Los Angeles.

Collins noted that their first six months as a married couple “flew by.”

During the COVID-19 pandemic, the couple were able to work professionally together on “Windfall.” She shared, “This time last year, we were filming this project and then we got married and now we finally get to show it to the world."

“It’s an amazing partnership and team that we have, the two of us,” she added. “This movie was such a team effort from everybody involved, so to be able to celebrate in this way is so special.” 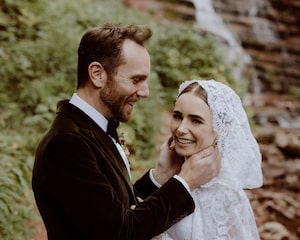 Lily gushed about her man, saying, “It was great to have [my] partner Charlie direct me, as well as be there for support.”

Collins pointed out that working with Charlie was “weirdly easy.” She elaborated, “He’s such an actor’s director, so he has a really amazing way of communicating with actors on what he wants… There were moments in filming that I forgot he was my fiancé because I was in that actor-director mode.”

While they were shooting, Charlie and Lily hung out with Jesse Plemons and his fiancée Kirsten Dunst.

Lily commented, “We spent time with Jesse and Kirsten on weekends. It was a tight-knit bubble up there because we were all quarantining together.”

Lily praised Jesse and Kirsten for being able to work together professionally in projects like “Fargo” and “The Power of the Dog,” and also be a couple off-screen.

Along with calling them inspiring, Lily described Jesse and Kristen as an “amazing couple.”

As for what to expect from the upcoming season of “Emily in Paris,” she commented, “I wish I could spill something, but the only thing I could spill is I don’t know anything.”

When “Extra” spoke with Charlie, he smiled when asked about married life with Lily. He said, “Married life is good… It’s interesting because we balance our married life and our professional life, and it’s been an intense year for everyone, but to be creative with your partner and also Jesse Plemons and Jason Segal… to all be creative together is really a special thing.”

McDowell admitted feeling the pressure working with Lily, saying, “I felt the protectiveness over her character, making sure that it was well-rounded and a good part because I wanted to make sure I gave her all the tools to succeed.”

Charlie also felt that it was “easy” to work with Lily, explaining, “We kind of just fell into the roles of director and actor… At the end of the day, we go home together and we let it go on set.”

While he wanted to be “strict” with the script, McDowell wanted the actors to feel freedom to “flow and play” with their characters.

Charlie recalled a fun moment with Jesse, who pitched why his character should wear Yeezys. Jesse’s pitch worked because “by the time we were shooting, I was like, ‘He can only wear those shoes.’ It was perfect for the character.”

“Extra” also caught up with Jesse, who revealed how he came up with the idea. He said, “I did a ton of research on these types of characters… These Silicon Valley CEO types and I decided to just make up a potential type like this that might be around the corner and a guy who was also intrigued and interested in the fashion world but not at all a part of it. Really trying to be cool but missing the mark.”

Jesse also reacted to his and Kirsten’s Oscar nomination for “The Power of the Dog,” saying, “It’s absurd how it all worked out… We get to share it with our families.”

He admitted that their families were “losing their minds,” adding, “it’s a family affair.” 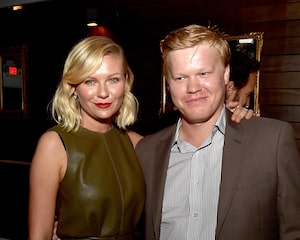 Will Kirsten and Jesse be doing any other projects together in the future? He answered, “I hope so… There’s something later this year that could work out.”

When asked if a future project could be wedding-themed, he quipped, “There you go!”