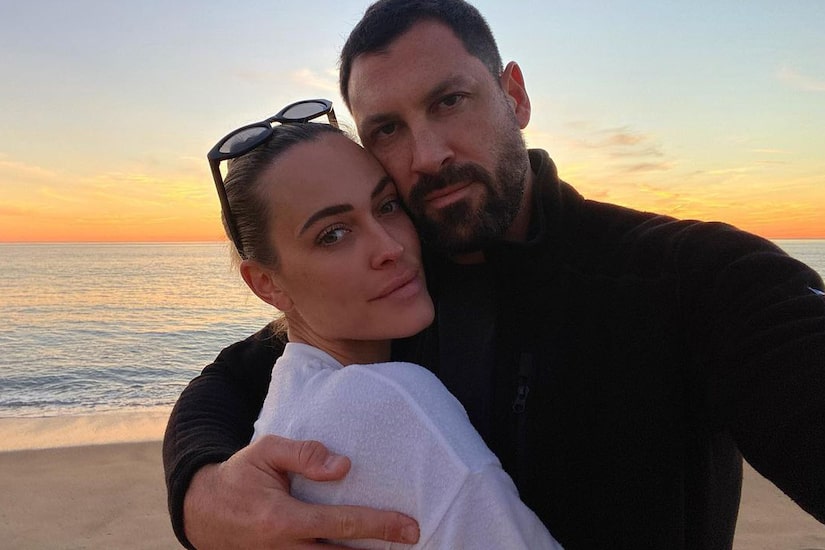 Maksim Chmerkovskiy is still in the center of Kyiv as the Russian invasion of Ukraine continues.

The dance pro posted a series of updates on Instagram, as his wife Peta Murgatroyd prayed for his safety and asked fans to do the same.

Maks, who had earlier said he was headed to a bomb shelter, posted a video saying, “I’m safe. We haven’t been told to move and I’m just following instructions. That’s all I can say.”

He added, “I’m also talking to my friends, the Ukrainians. The situation is pretty dire. People are being mobilized. The whole country has been called to go to war. Men, women, boys, these people that I was judging some days ago, dance competitions… are going forward and getting guns and getting deployed to defend the country.”

Chmerkovskiy emphasized he’s not a reporter or speaking for everyone, but said, “People that I am talking to are very aggressively charged… so if this is not resolved in some peaceful manner in some way or form in the next day or so or two, I think it is going to take a turn for very, very much more aggressive actions and a lot more casualties.”

In another video, the “Dancing with the Stars” pro said he is not trying to leave Ukraine right now.

“A lot of people asking if I’m making it out. I just want to clarify I’m not currently trying to leave. I’m staying here. I am doing my best to make sure I’m as safe as possible, but I am not moving toward the border currently. I heard it is not safe. Unfortunately, some of my friends are on the route, on the road to Polish border, they are also reporting that it is quite dangerous and there is a lot of senseless activity going on outside of war stuff. So I made the decision not to try to go right now. I am just going to be here and I will keep you posted on what is happening next.”

A few hours earlier, on Instagram Stories, Maks shared, “I’m going to bomb shelter but I just want to say this is very real, this isn’t an army versus an army, while the civilians are sitting by and watching, this is civilians in regular clothes, in regular cars getting in military outfits, grabbing guns and going to frontlines… Nobody is leaving, nobody is giving up… This is going to escalate to extreme proportions.”

As he shelters in place, his wife Peta is pleading for prayers.

She wrote on Instagram, “Please pray for my husband Maks. I don’t usually ask these things from my social media network, however today is extremely hard and the next few will be even harder. My pain is overwhelming and I’m struggling, but you sending your positive light and love to him would mean the world to me. Truly, I wish for nothing more. Many of you are asking for details, and I don’t have the answers, but yes, he is safe right now.”

Murgatroyd added, “Please pray that he comes home soon. Please pray that he has a swift, safe exit. I have FAITH. I have HOPE and I have PRAYED so hard. Please pray for Ukraine and the innocent civilians whose lives are being greatly uprooted. I grew to love this country the couple of times I visited and they’re in an unfathomable situation.” 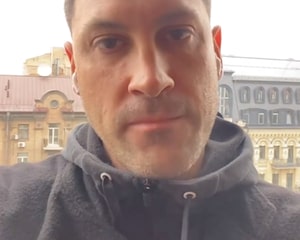 Maksim, who moved to the United States from Ukraine in 1994, returned to his home country to join “Dancing with the Stars Ukraine” as a judge. He has been in Ukraine on and off for months.

He recently visited Peta and their 5-year-old son Shai in L.A. around Valentine’s Day.