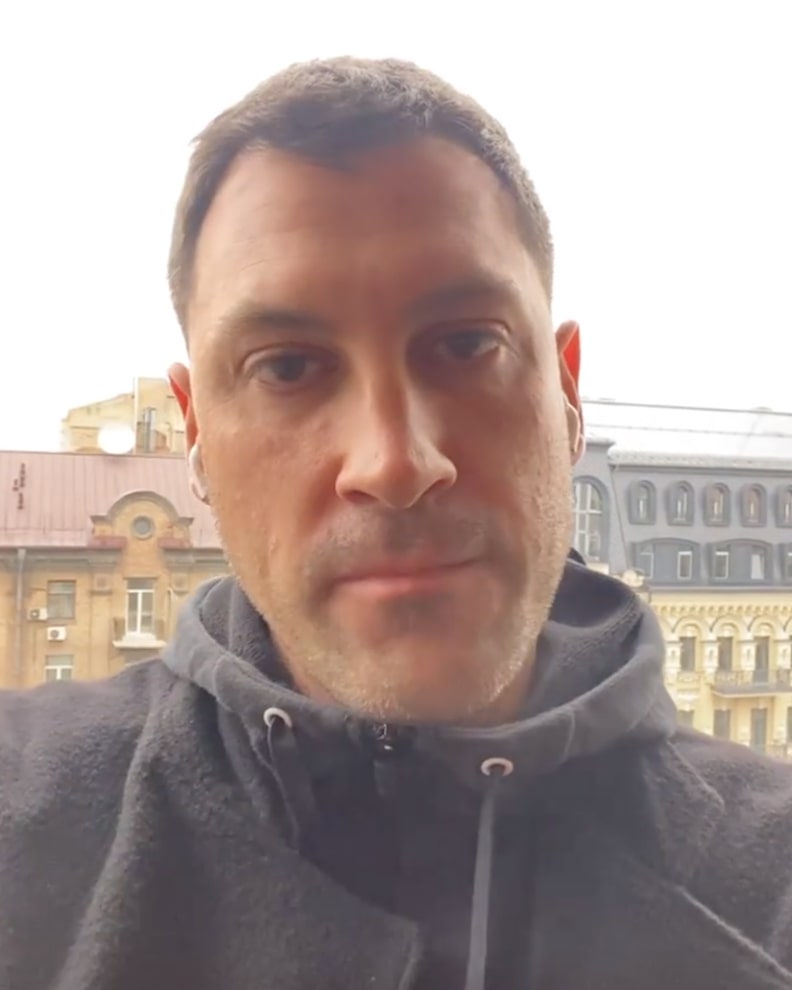 Dance pro Maksim Chmerkovskiy is sharing his heartbreak over Russia’s attack on Ukraine in a series of new video shot in his home country.

The reality star recently joined “Dancing with the Stars Ukraine,” and told fans he has spent several months there. Maksim got candid about the reality of the situation as he revealed he was headed to a bomb shelter.

In his latest Instagram Stories, he let fans know he's okay. "I’m still good, I’m still safe, I’m feeling very tense because it seems like we all understand the intentions of where this is going... What I can kind of sense and fear the most is that Ukrainians are just not going to give up, they are going to fight, put up a huge fight it is going to be a bloodshed. People here do not want this regime, whatever it is, it feels like it is all going to be unnecessary and that makes me feel really, really sad about this situation."

He also had a message for the dance community, urging them to speak out. "I think that you need to use your thumbs and get on this and start saying somethings, hashtag whatever you want… get on social media and start saying things."

In an earlier post, he wrote, “There’s ALWAYS another way! WAR is NEVER an answer! #standwithukraine.”

He added, “P.S. I will never be the same. This is stressful and I’m getting old feelings back, like I’ve done this before. This does feel like the way it was when and why we left in the 90s. Like my old PTSD I’ve finally fixed is coming back. I literally only just forgot about those ‘always on the edge’ feelings and actually started worrying about things like bbq grills. I’m crying as I’m typing this because all man deserves to worry about ‘bbq grills’ and not fucking war. Hug your loved ones.”

Shooting video from the capital city of Kyiv, he shared, “Everyone was hoping that the finality of the situation would be averted, that there was not going to be this kind of aggression, this kind of aggressive measures.” At that point, the video cuts off due to the number of sirens blaring on the streets below. A second video clip shows people walking with their belongings, trying to get out of the city.

In a second post, Maksim shoots video of military trucks headed to the city center as the sirens continue. He tears up, saying, “I’m getting really emotional. It’s been a little difficult. I stay strong, and I don’t show it, but I want to go back home, and I realize that I have the way to. I realize that I have a different passport, and my family’s far away, and what I’m realizing is that my friends whose kids are here, and whose moms, dads are here, and elderly people are here. They can’t just escape.”

The 42-year-old also addressed his Russian followers, “I know there’s a lot of people currently in Russia that are watching this, that are watching the news and hearing the propaganda and hearing this complete nonsense that’s been talked about. I am not at this point someone who is pleading for someone else’s safety from a far distance, from a safe distance. I’m somebody who’s about to go to a bomb shelter, because s**t’s going down.”

Chmerkovskiy seemed to bring up Russian President Vladimir Putin, saying, “I think in 2022, civilized world, this is not the way we do things. I think as a powerful, forward-thinking nation… the Russians need to get up and actually say something, because no one’s opinion is being heard. This is all one man’s ambition of something, and however it sounds, however convenient it sounds in Moscow, however comfortable you are, wherever you are in Russia. I just don’t think that this is the right thing, and this is the right steps, and these are the correct actions.”

The star continued, “I am uneasy… I do know at the very least I have a chance and a passport and a way out and a lot of people here do not.”

Maksim moved to the United States from Ukraine in 1994. He said in the video, “I love Ukraine. I have had the f--king incredible pleasure to spend, on the ground, about six months now.”

He said being back in his homeland gave him a renewed perspective, saying, “I know now who these people are, who this country is, what it represents, what it stands for, and it is completely not what is being portrayed to the Russian people to justify this engagement.”