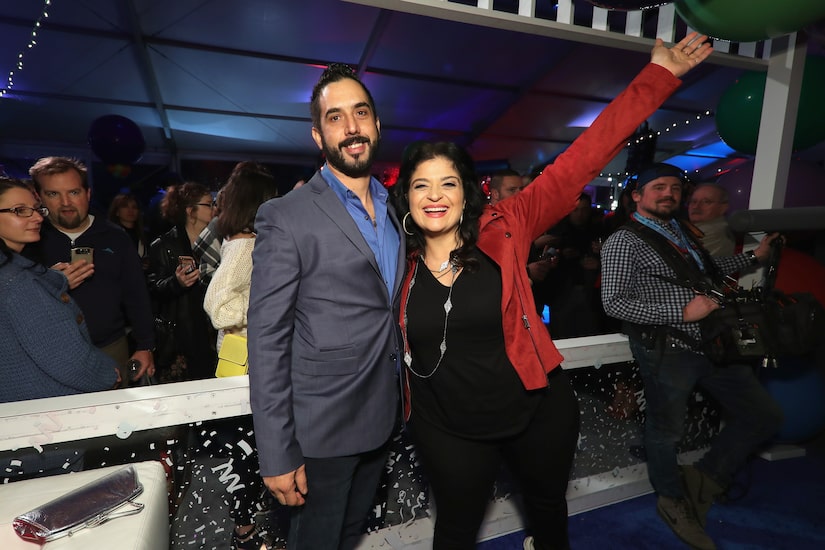 Food Network star Alex Guarnaschelli and her fiancé Michael Castellon have called it quits after five years together.

Castellon released a statement to Closer Weekly, saying, “Wishing her nothing but the best.”

On Wednesday, Alex commented on the split on Instagram. She said, "I am not getting married in the foreseeable future unfortunately."

When asked how she was dealing with the breakup during a Instagram Story Q&A, she answered, "If I'm honest: poorly."

She was finding comfort with carbs. She said, "That said, there is always pizza."

Guarnaschelli has seemingly scrubbed Michael from her Instagram. She has even deleted a post about her engagement ring.

In the summer of 2020, Castellon proposed with an emerald-green engagement ring, which was an heirloom, on Guarnaschelli’s birthday. At the time, she revealed it happened when he pulled the car over after a grocery run, claiming to see a baby deer. She told People magazine, “So he's like, 'Shh. Come see it. It's so cute.' And I'm like, 'We're going to have to do something. We're going to have to call the animal welfare.' I'm already rolodexing the situation… And he goes, 'There's no deer.' I turn, and I look and he's on one knee. And he said, 'There's no deer.' He's like, 'This is why I have to marry you because you just believe me every time.' He said, 'Will you marry me?' and he gave me the ring."

They were in “no rush” to get married amid the COVID-19 pandemic, but she had an idea of what she wanted. Alex dished, “I want to have a blowout. I want a tri-state rager.”

Alex reiterated about their relationship, “It's funny, I think one of the reasons why we're a couple, we've been together for four years, is because he'll tell me anything and I'll believe him.”

Four years ago, Alex and Michael met when she ate dinner at a restaurant where he was working. She shared, “I was out to dinner with a friend, and at a restaurant, and I knew the waiter, and I was eating dinner and I said, 'This steak is just so good.' And the waiter, my friend, said, 'Oh, my God, my best friend is the cook, the chef, here. He's amazing. You got to meet him.'"

“I went in to meet him and tell him the steak was delicious and that was it,” Guarnaschelli went on.

Guarnaschelli was previously marred to Brandon Clark, but they ended their marriage in 2015 after eight years.