“Peacemaker” creator James Gunn is engaged to Jennifer Holland, who stars on the HBO Max show.

They announced the news over the weekend with an Instagram pic of her giant ring.

In the photos, Jennifer, 35, is sitting outside with mountains in the background and holding up a mug, her sparkler on full display.

Famous friends took to the comments to congratulate the pair.

Holland didn’t address the engagement news on her account, but did post a sweet photo of the couple with a rainbow in the background. She wrote in the caption, “Happiness. 🌈 ⛅️ ❤️”

Gunn and Holland started dating in 2015 and have worked together on multiple projects. She starred in a horror movie James produced in 2019 called “Brightburn,” and then joined the 2021 flick “The Suicide Squad,” a movie he wrote and directed.

In “The Suicide Squad” she plays A.R.G.U.S. agent Emilia Harcourt, and reprised the role for the 2022 series “Peacemaker.” 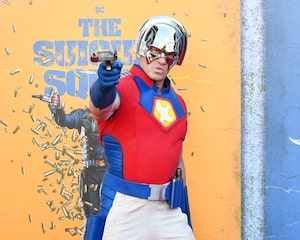 John Cena Talks Dancing in His Tighty-Whities for ‘Peacemaker’

She recently told People of working with James on “Peacemaker,” "It was great. We had an absolutely amazing time. At the end of it, our personal relationship was closer for the experience. We got really lucky in that we work really well together and it just works for us."

Jennifer said she never expected her role in “The Suicide Squad” to continue beyond the film. "I had no expectations that it was going to go any further than that. It was just, 'I'm going to do this fun thing with James and have a great time for a couple of weeks.' That's kind of what we thought it was going to be. Then the pandemic hit, James got bored while he was doing post-production on ‘The Suicide Squad’ and he ended up writing this series."

Gunn was previously married to “The Office” star Jenna Fischer. They wed in 2000, but announced their split in 2007. They divorced in 2008. 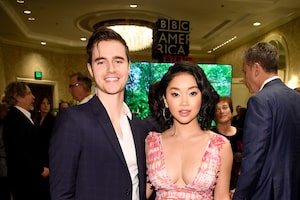 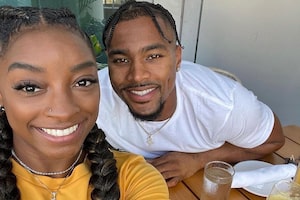 Simone Biles Is Engaged to Jonathan Owens: ‘The Easiest Yes’