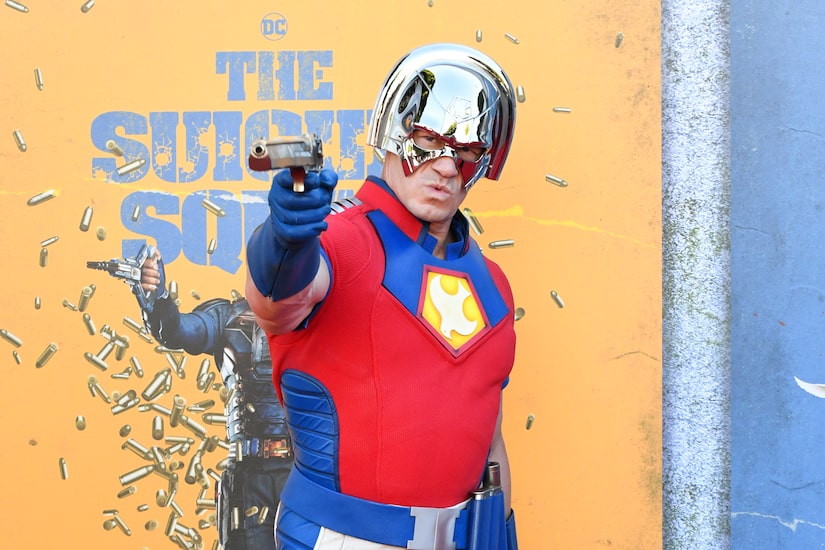 “Extra’s” Cheslie Kryst caught up with John Cena and Jennifer Holland about their new series “Peacemaker.”

In one eye-popping scene, John dances in tighty-whities! He admitted that the dance number was “heavily choreographed.”

He went on, “The interpretive dance to the choir boys is completely something that lives inside of my soul and that was an exercise in bravery to let that out.

“Just glad I got it through it,” John added. “I’m just glad I didn’t sink the ship.”

Along with revealing her favorite scene to shoot, Jennifer noted how hard it was to “keep a straight face” while doing improv with John. She said, “The thing about Harcourt is she is so incredibly no-nonsense. It doesn’t make sense for her to ever really be laughing at much of anything.”

As for who would win between his character and Dwayne “The Rock” Johnson’s character Black Adam, John said, “That’s a very short confrontation… That’s a tale to be told and maybe one day we get to see that.”

Jennifer shared her two cents, saying, “I would love to see that mashup.”