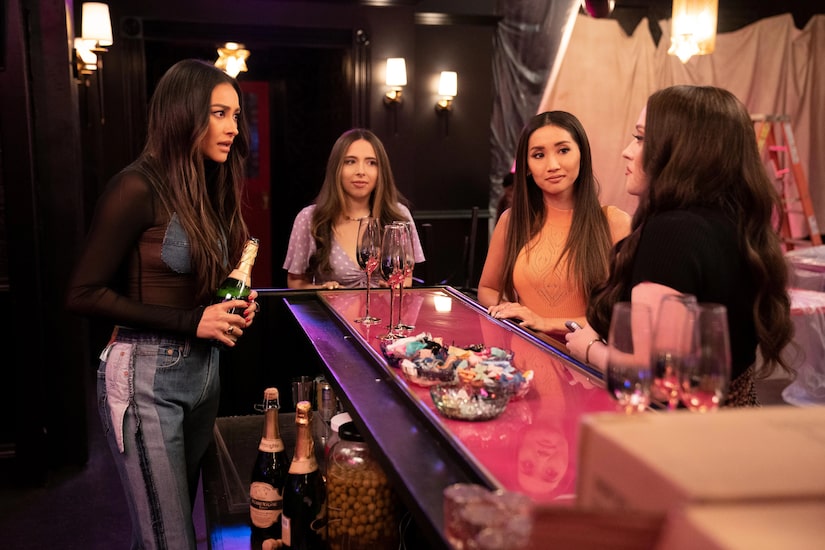 Sam Asghari, Britney Spears’ fiancé, appears in Season 2 of “Dollface”… and the cast loved it!

Kat shared some scenes with Sam, who she described as being “so nice.” She added, “He was so game to talk to all of us, and I sprayed him in the face with champagne.”

Dennings clarified that it was “not scripted,” saying, “It was an accident and he was such a gentleman… He’s so funny and very talented.”

Shay and Brenda also praised Sam for being a “gentleman.” Recalling Sam and Kat’s scene, Shay elaborated, “There was one part where they’re shaking the champagne and unexpectedly it went all over him and he was such a good sport about it and completely went along, such a pro.”

Brenda admitted, “It was really hard not to be like, ‘Please tell us everything about Britney.’”

Esther, a “super fan” of Britney,” was all for her dating Sam. She said, “I really felt good as a fan of hers, like this guy is a good guy, she’s in good hands. It made me happy.”

Sam and Britney started dating after meeting on the set of her 2016 music video “Slumber Party." He popped the question a few months ago.

In the post, Britney and Sam appear in short video clips, with Britney excitedly showing off her sparkler. Sam says, "Look at that. You like  it?" to which Britney exclaims, "Yes!" 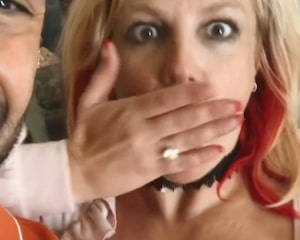 The pair have been open about their desire to have children together.

In December, Sam opened up about their Christmas plans, telling TMZ that they would be “baby-making.”

A month before, Spears expressed wanting to have a child with Sam. She wrote on Instagram, “I’m thinking about having another baby!!!”

While Esther didn’t talk to Sam about her love for Britney, she stressed, “He’s a sweetheart. He’s such a sweet guy with great values.”

As for his role on the show, Kat dished, “Sam plays a server who is giving champagne to a newly engaged couple and we have a really amazing moment.”

Calling it a “fun day” on set with Sam, Shay said he was “such a pleasure for all of us to be able to hang with and talk to.”

Along with his being down to have fun, Brenda appreciated Sam’s willingness to “try everything” for the show, which has a lot of improv.

The new season of “Dollface” is streaming now on Hulu.