Janet Jackson is about to drop her new documentary later this week on Lifetime!

“Janet” was filmed over the course of five years, and will explore the singer’s life and her relationship with her famous family.

Page Six reports one aspect of the two-part doc focuses on Jackson’s weight issues and how her brother Michael would make fun of her.

According to the paper, Janet said, “There were times when Mike used to tease me and call me names. Pig, horse, slut, or hog, cow.”

“He would laugh about it, and I’d laugh, too, but then there was some­where down inside that it would hurt,” she continued. “When you have somebody say you’re too heavy, it affects you.”

She believes her weight issues started around 11 years old, when she landed the role of Penny on “Good Times.”

Jackson said, “I did ‘Good Times’ and that’s the beginning of having weight issues and the way I looked at myself.” She explained, “I’m an emotional eater, so when I get stressed or something is really bothering me, it comforts me.”

She said at one point, “I was developing at a very young age and I started getting a chest and they would bind it so I would look more flat-chested.”

The star said if it wasn’t for fame, “I probably would have wound up not having a problem.”

Janet also reflects on her relationship with Michael and says it became strained after “Thriller” dropped in 1982.

“That’s when it all started to change,” she claimed. “I remember really loving the ‘Thriller’ album, but for the first time in my life I felt it was different between us, a shift was happening.”

Later on, she says the Jacksons even tried to have an intervention for Michael and wanted him to go on a family tour, but he declined. 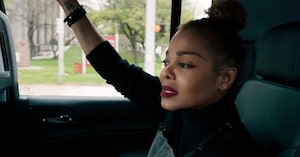 “My family chartered a private jet and they came for an intervention,” Jackson said. “It was a way of us getting close again, and he wasn’t having it.”

As far as the family tour was concerned, Janet said she told her brother, “We wanted to talk about you guys going on tour again and if you guys would do that as brothers. I would be honored to open for you.”

According to Janet, “He didn’t have much to say. He was standoffish. I was really upset.”

She did, however, try to support him when he faced child sexual abuse allegations in the 1990s and 2000s.

Janet said, “It was frustrating for me. We have our own separate lives, and even though he’s my brother, that has nothing to do with me,” adding, “But I wanted to be there for him, to support him as much as I possibly could.”

Did those accusations affect Janet? She says, “When that came out, Coca-Cola said, ‘No, thank you.’ Guilty by association. That’s what they call it, right?”

She recalled working on “Scream” with Michael, a song inspired by his legal troubles. “It was his song and I was there to support him,” she said, noting that his record company didn’t make it easy. “They didn’t want me on set,” she said. “I felt like they were trying to make it very competitive between the two of us.”

Jackson went on, “That really hurt me because I felt I was there fighting the fight with him, not to battle him. I wanted it to feel like old times between he and I, and it didn’t. Old times had long passed.”

Her famous family aside, the “Janet” doc will also shed light on the singer’s past relationships. The star was previously married to James DeBarge, René Elizondo Jr. and Wissam Al Mana. She also had a high-profile relationship with Jermaine Dupri.

Janet, who shares 4-year-old son Eissa with Wissam says, “I haven’t given up on love,” adding, “A healthy relationship would be nice for me in the future.” 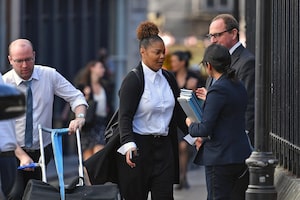 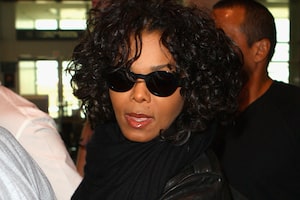 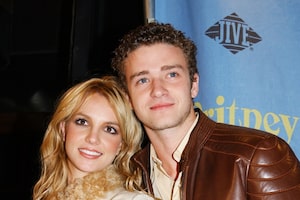