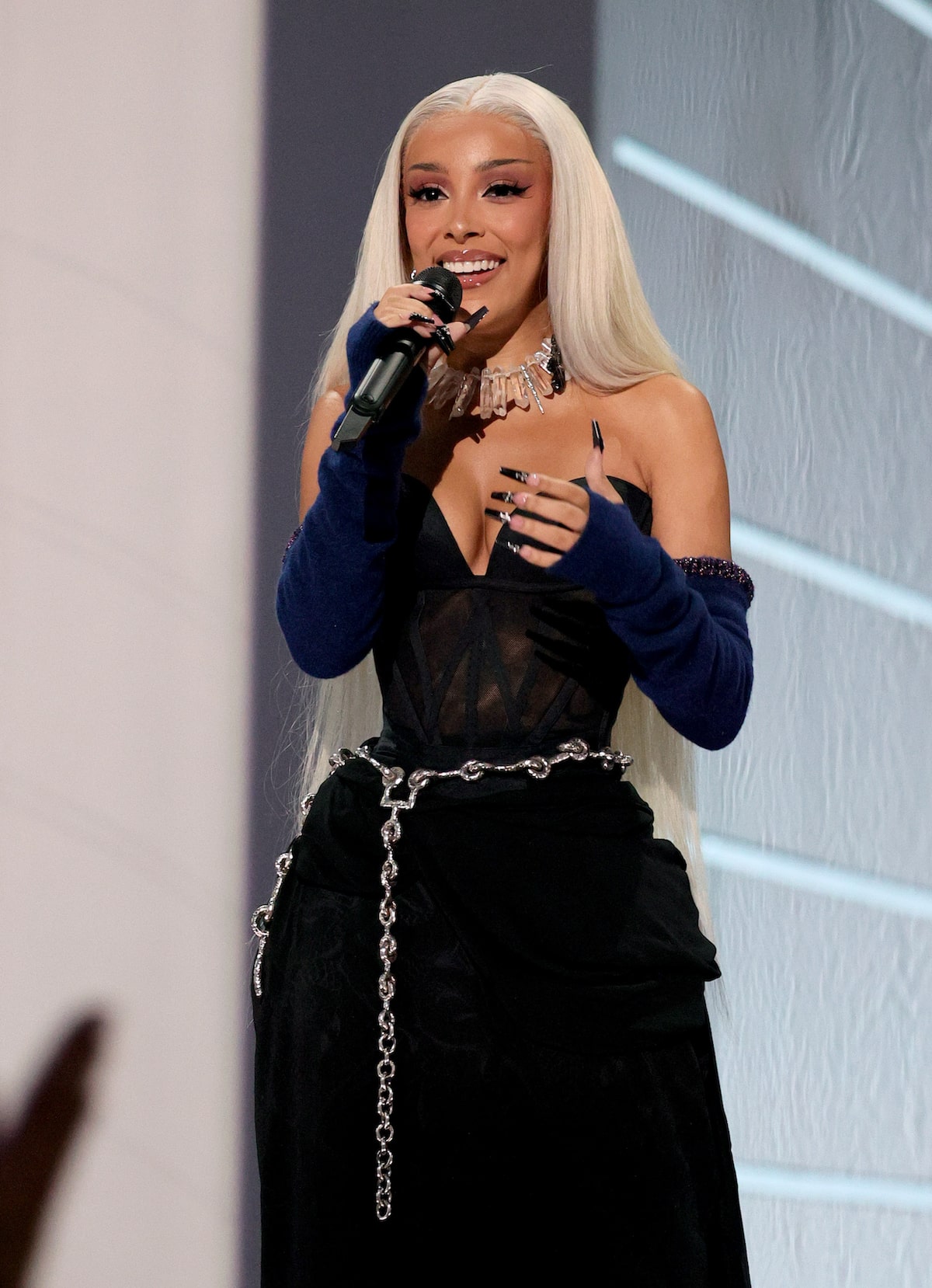 Doja Cat is having a great week — she hosted the VMAs, performed sky-high above the Barclays Center, and took home the Best Collaboration award for her steamy single “Kiss Me More” with SZA.

“Extra’s” Rachel Lindsay spoke with Doja Cat, who opened up about her famous duets.

When asked who she wants to work with next, Doja played coy, saying, “I have been trying to be more careful about who I’m collaborating with.”

The performer, who took home a Best New Artist last year at the VMAs for her breakout single “Say So,” says her catchy collaborations are “incredible,” adding, “They’re the perfect features on my album… but I do want to be more choosy about what I’m doing… Sometimes it’s too much collabs and remixes and things like that.”

While her appearance brought cheers from the crowd at Sunday’s VMAs, her Thom Browne “worm” outfit might not have been what she usually has in mind. Before hosting the show, she commented, “I always want skin-tight, two sizes smaller than what I should be wearing and everything’s out all the time… but this time I want to be really comfortable… but also still beautiful, sexy, but not overtly out, and I feel like this is that moment.”

She added, “I want to do something completely different. And as far as dancing, things are going to be very, very different for this.”

As for her vibe offstage, Doja Cat shared, “I like to be comfortable. I like to have big pants on... with a little bra top.”

“Extra” was given exclusive access recently while Doja Cat shot her Pepsi commercial, which has a ’50s vibe.

She dished, “So we are filming a modernized version of ‘Grease’s’ ‘You’re the One That I Want’… Obviously, an iconic pop culture moment… We’re trying to create a more modern take on it.”

She emphasized, “It’s a Pepsi Cola that has a ’50s twist to it. They have two flavors — a black cherry and a cream soda — and they’re amazing.”

The singer pointed out that she was a huge fan of “Grease” growing up, saying, “I really like Bad Sandy.”

When asked if she ever imagined she’d be her 10 years ago, Doja Cat answered, “I saw Britney [Spears] and Beyoncé and everybody doing it. I’m amazed... [and] very, very grateful. It’s an incredible opportunity for me.” 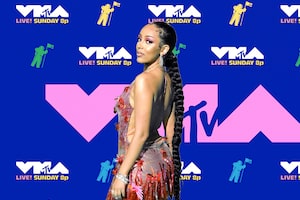 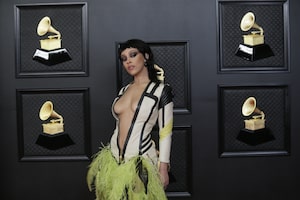