Photogs caught Duggar after the release, but he kept mum, his attorney at his side.

In video posted by 4029 News, Duggar wore an untucked button-up shirt, jeans, and a mask as he walked past reporters, who asked him about the charges.

The day before, Duggar was granted release by a judge while awaiting trail on child pornography charges.

U.S. District Court Judge Christy Comstock ruled that Duggar may be released to “close friends” Lacount Reber and his wife Maria on Thursday. He will, however, be confined to their home and will be required to use a GPS tracking device.

While Comstock could not “in good conscience” release him to his wife and family, she has allowed him “unlimited contact” with his six children as long as his wife Anna is present. Comstock told him, “Don’t make me regret this decision.” 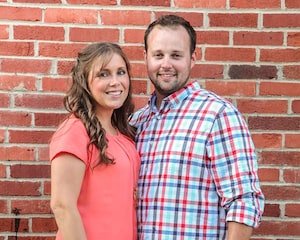 The news comes after Duggar’s lawyers asked for his release from the Washington County Detention Center for the Department of Homeland Security. In court docs previously obtained by “Today,” his lawyers insisted, “Duggar poses no risk of flight or danger to the community.”

The ruling to release Josh was made at a virtual detention hearing, where more details emerged about his child pornography case. 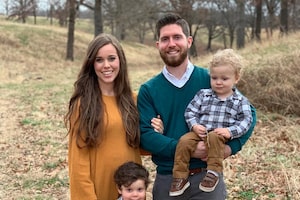