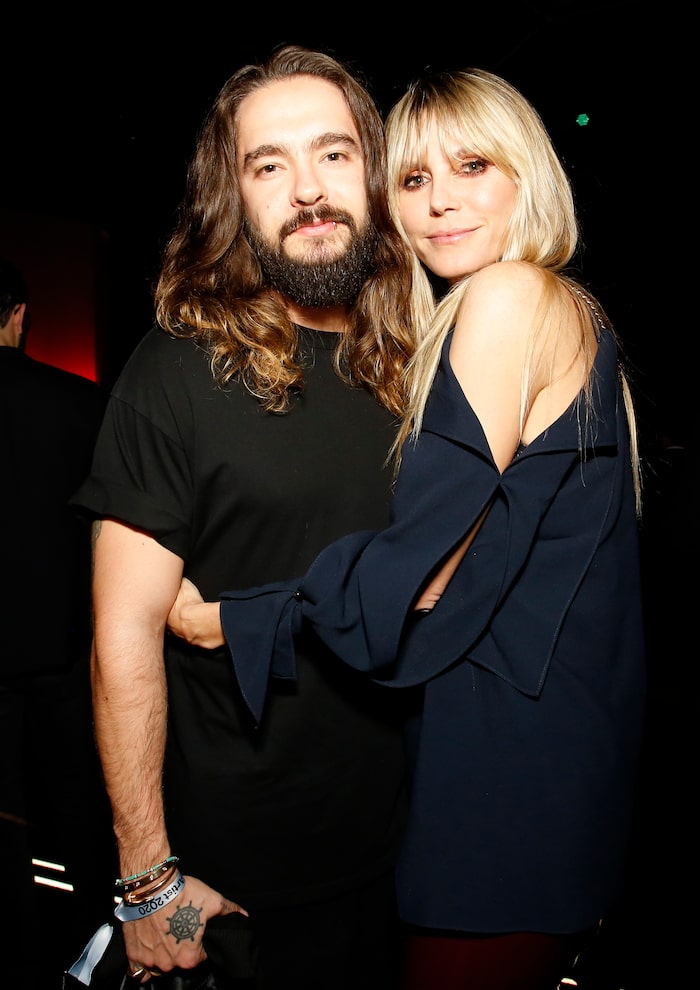 Heidi Klum and Tom Kaulitz have been married nearly a year now, and their married life couldn’t get any steamier. Heidi spoke to “Extra’s” Terri Seymour about her new Disney Villains clothing line… after getting a little cheeky with Tom on Instagram as they sang the “Frozen 2” favorite “Into the Unknown” in the shower!

The post garnered half a million views, and Heidi told Terri, “My husband was not very amused.” Saying she didn’t tell him she was posting it, she explained, “No, no, because he would have said no. So, it's better not to ask, just do it and ask for forgiveness later.”

Heidi is in Germany finishing up filming “Germany’s Next Top Model.” Her four kids are with her as well, even though they’re on L.A. school time, “They are up until 11 p.m. at night doing their L.A. school because I wanted them to continue with their peers in their classroom… and they're real troopers. I am super proud of them… They’re doing a really good job… We’ve become nocturnal.”

They are planning to be back in the States for the holidays, “I mean it's nice to be here… I wish it would snow already… But I'm also looking forward to the California sun.” Sharing their plans, she said, “We’re just going to cook a lot and be at home, open presents and hang out… I have to do a lot when I get home — I have to do a lot of decorating in the night while everyone is sleeping. And their lists for Santa Claus is so long… I feel like they always want to have like a new computer every year.” 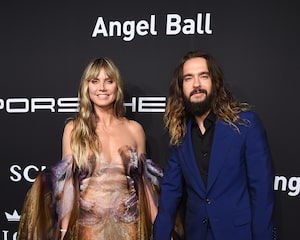 Does Heidi Klum Want Kids with Tom Kaulitz? Plus: Her Love of Halloween

This year she launched the Disney Villains x Heidi Klum collection, available only on Amazon just in time for the holidays. Showing off her outfit, she said, “So these are, you know, the eyes is from ‘Maleficent.’ And so you can do head-to-toe. Right, so I have the top and the bottom… and fun fact, it glows in the dark.” Smiling, she said,  I have to say it was very easy to design the villains line for Disney, it's just because they have so many amazing characters.” 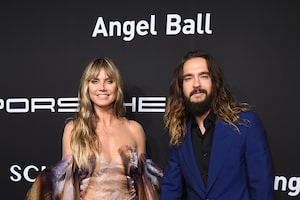 How Tom Kaulitz Romances Heidi Klum, Plus: Her Advice for Sofía Vergara