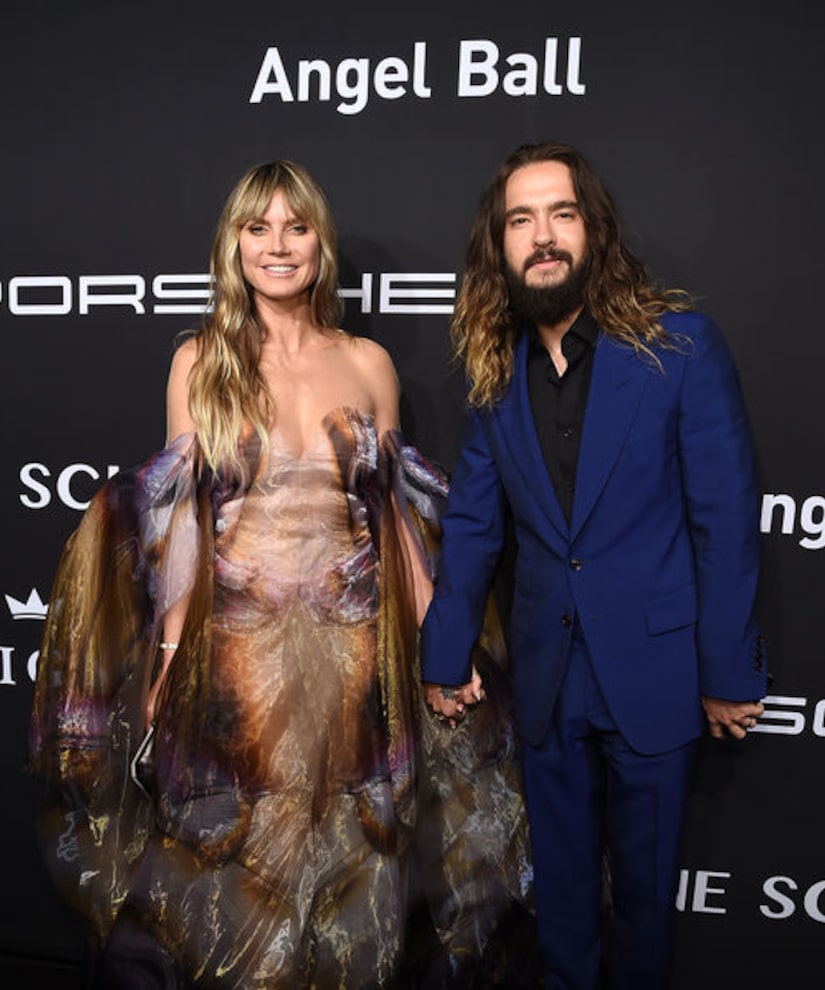 Only “Extra's“ Renee Bargh caught up with supermodel Heidi Klum, who opened up on her Halloween plans and newlywed life.

Over the summer, Heidi, 46, tied the knot with rocker Tom Kaulitz, 30, in Capri. When Renee called her “Mrs. Kaulitz,” Heidi smiled, noting, “Not many people have called me that but yeah, I love it.”

Heidi is hoping for a long honeymoon phase, saying, “Fingers and toes and everything is crossed.”

As for comments surrounding their 16-year-age difference, Heidi said, “I feel like just in general people should stop shaming, whatever that is, age shaming… and just leave everyone else alone… Just live and let live.”

What Heidi is planning: Going all out for Halloween like she does every year! “I just love Halloween. And I love to inspire people to be creative in their own costumes. And I don't want to let them down. So that's for you guys, everyone that loves Halloween as much as I do.”

Heidi shut down rumors that she'll be a Conehead for Halloween, pointing out, “I don't think that would look good on me.”

Halloween aside, Klum also loves giving back, sharing her new movie “Artic Dogs” with the young patients at Children's Hospital Los Angeles. She said, “I'm bringing a movie to the kids, to the hospital, because a lot of the kids, they cannot leave.”

In the movie, Heidi plays a brainy engineer named Jade and a conspiracy theorist named Bertha. She even got some brownie points with her kids for her involvement in the movie.

Do the kids love Tom? She answered, “They do.”