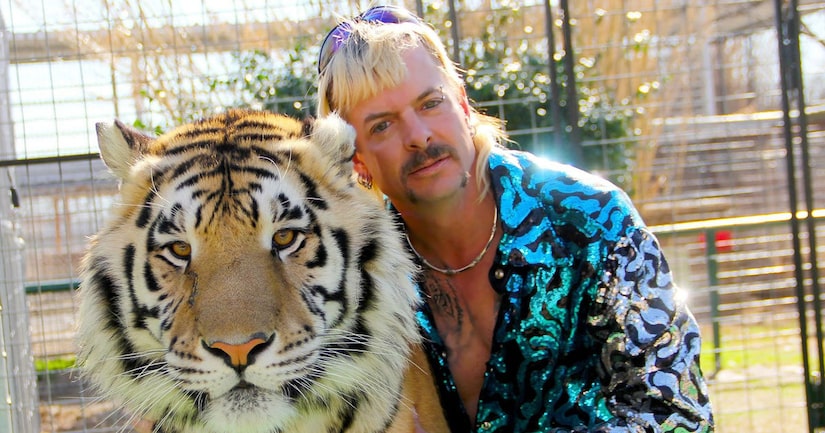 Journalist and TV producer Rick Kirkham is opening up to “Extra's” Billy Bush about what you didn't see in “Tiger King,” and shedding some light on what life with Joe Exotic was really like.

Fans will recall, Rick spent five years filming a reality TV show with Joe, and the footage famously burned in a studio fire on the zoo grounds.

Billy asked Rick who set the fire. “He blamed me,” Kirkham said, adding, “He blamed anybody and everybody but himself, but the bottom line is two days before the studio fire, he and I got into an argument over the fact that I had a contract with him to make the reality show. He was so upset. He made an immediate departure, said, 'I'm gone from the park for a couple of days.' He changed the locks on the studio so I couldn't get in, and the next thing you know the studio burned. So the FBI has a pretty good idea who did it.”

How would his show have been different from “Tiger King”? He explained, “It would have been more violent and probably expose a lot more things than what you saw in the documentary series 'Tiger King.' We had footage… and Joe knew it. That's what the argument was about a few days before the fire. I finally told him, 'Look, I own you right now' and he got upset, and I said, 'If I would let the video out that I have shot of you killing animals in this park, of you tricking people by taking in their animals, you probably would go to jail,' and he just went berserk.”

Rick also made the surprising revelation that Joe was actually scared of the big cats.

“You were lured into this surreal world of Joe Exotic and he acted on camera like he ran the world, he wasn't scared of anything… He was very scared of the tigers, very afraid. The ones he would get into the cages with were blind or sedated. It was all just a façade.”

Even the iconic images of Joe Exotic on his throne surrounded by tigers were a façade, Rick said: “What people don't know is behind that chair was the actual trainer. Those weren't [Joe's] tigers. Those were someone else's tigers that they could control and he was behind there with a gun and had the tigers chained, because Joe was terrified to get in cages with tigers.”

Now Joe Exotic, real name Joseph Maldonado-Passage, is in jail, reportedly enjoying his newfound fame. Rick described the camera as his drug: “We had three camera people that would follow him around… This guy would go day and night on two or three hours' sleep. He was also doing the meth to keep him going at the time.” 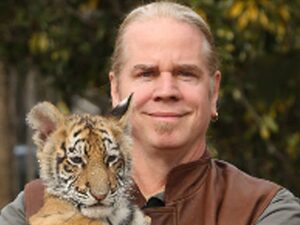 He continued, “Joe was a surreal, one-of-a-kind figure — a very, very evil guy at heart, but also very lost, and I think that is why you almost feel sorry for him in the documentary series at some point. Believe me, there is nothing there to feel sorry about. He was a very evil guy to the animals and the people that worked for him.”

Joe is serving a 22-year sentence on several charges, including hiring a hitman to kill his nemesis, Big Cat Rescue owner Carole Baskin. Rick insisted, “Billy, I could tell you that Joe approached me on numerous occasions and said he could make a rich man out of me if I would go down to Tampa and take care of Carole… Do I believe Joe was capable? 110 percent.”