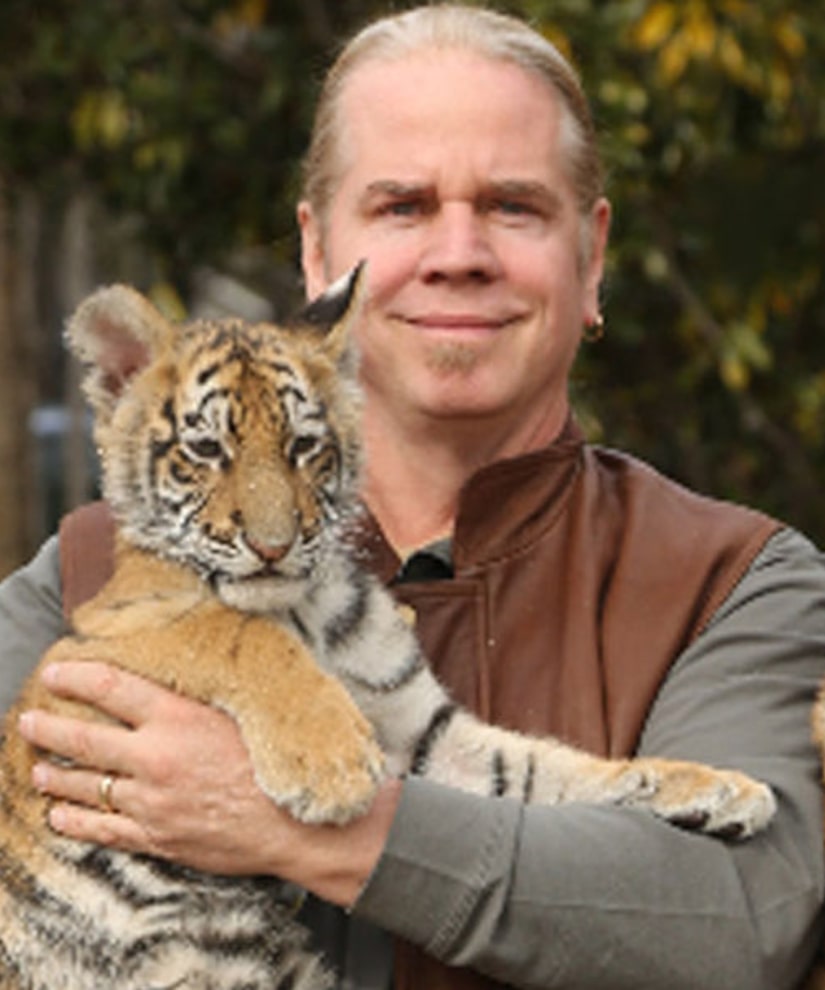 “Tiger King” is all anyone can talk about these days, exposing some serious drama in the world of big cats.

Rebecca Chaiklin, who co-produced the project with Eric Goode, recently told The L.A. Times that they were “completely forthright with the characters” in the series, but some of the people featured feel differently.

The Netflix docuseries focuses on the feud between zookeeper Joe Exotic and Big Cat rescue owner Carole Baskin, which ended with Joe serving 22 years in prison on several charges, including hiring a hit man to kill her.

Meanwhile, Carole has slammed the project for insinuating she was somehow involved in her late husband Don Lewis' disappearance and death.

In the series, viewers also meet Bhagavan “Doc” Antle the owner of Myrtle Beach Safari in South Carolina, and a major presence in the world of big cats.

Doc recently spoke to TMX News about the series — and he dropped some bombshells!

“This is not a documentary, this is a salacious, outrageous ride through a television show produced to create drama to tie you into some crazy trainwreck of a story between the feud of Carole Baskin and Joe Exotic and the meltdown that ensued," he said.

He added, “I repeatedly told them I had no desire to be involved in a show where you've got the feud of Carole and Joe going on.”

Doc also pointed out inaccuracies, claiming one of Joe's husbands, John Finlay, was made to look like a “redneck crazy person.”

“John has a beautiful set of teeth, John has a nice haircut, John doesn't walk around without his shirt on,” he said. “This is a character that they created to portray some guy that they are insinuating has meth teeth when those are dentist teeth filed into place to hold the big prosthetic because he has damage to his mouth and jaw. He's had a beautiful smile every time I've seen him. They said, 'Take your shirt off, take your teeth out, hide in the corner and act like this. Give us more accent, look like a redneck crazy person.'”

Doc also wanted to clarify how he was portrayed, hitting back at claims he euthanized tigers after they had outlived their usefulness.

He called the idea “ridiculous” insisting it would be “illegal, immoral, impractical and nonprofitable.”

Antle was also portrayed as having several girlfriends, and he told TMX, “My wife died 25 years ago… and I've never been married since. I have girlfriends, I'm a single guy,” adding he didn't understand the “massive judgmentalness.”

So, what does Doc think of Joe Exotic and Carole Baskin?

He said he believes Joe got a “raw deal, and got way more time than his crimes warranted.” As far as claims Carole killed her husband, Antle maintained he only knows what he has seen on TV, but added, “Sure looks like it.”

Watch the trailer for "Tiger King" below!