Many are still reeling from Disney Channel star Cameron Boyce's sudden death at 20.

After confirming that he suffered from epilepsy, which caused his seizures, Boyce's father Victor released the final photo that he took of his son.

In the photograph, Cameron is wearing a denim jacket while sitting at a table with his hand up to his chin. On Wednesday, Victor wrote on Instagram, “My son. Just hours before he was snatched from our lives. I miss him terribly. I hope that no one ever has to feel the agony I'm feeling but no one is immune to tragedy.”

Victor also show his appreciation for the love and support they have received since his death over the weekend. He wrote, “The outpouring of love and support our family continues to receive is so beautiful and appreciated. Thank you all for helping us through our worst possible situation. 🙏🏾❤️.”

In response to the post, Cameron's “Descendants” co-star Dove Cameron wrote, “i love you and your whole family so much and forever. there was life before this, and now life after this. my thoughts have not left you and they will stay with you.”

Earlier this week, Dove broke her silence about Boyce's death in an Instagram video. She said, “I felt really weird about posting about Cameron on social media because I felt really emotional and private and intimate and social media is the opposite of that. I just couldn't quite reconcile the two or make them fit so I didn't know what I was going to do.”

“I've decided that the only way to get through it right now is to be expressive and connective,” Dove went on before reading her open letter. “The last 72 hours have felt like two weeks, and I've spent them trying to make my thoughts and feelings into words and communicate about anything I'm feeling… I've been mostly quiet or expressive through crying. I've never stuttered and unable to speak before these last few days. My system is still in shock, my brain is still foggy and full of holes.”

She pointed out that she was going through therapy to help her mourn his passing.

Boyce's “Jessie” co-star Debby Ryan has also taken to Instagram to remember him. She wrote, “This ripped me up. I keep trying and I can't make anything make sense.. I am so confused and devastated and angry… You're alive in the legacy of love you built, and I will keep that light burning in me for the rest of my journey…. The world was robbed.”

An autopsy has been performed, but the cause of death has been deferred pending “further investigation,” according to the Los Angeles County Department Medical Examiner-Coroner. The coroner also noted that he was “found unresponsive in his home.”

No details have been released about his funeral, but his parents noted that it has been “agonizing” to “make arrangements for his funeral.”

Though they are experiencing “indescribable” pain, his family vows to keep his legacy alive, saying, “We are making every effort to move forward and ensure that Cameron's legacy and all that he stood for is honored.” 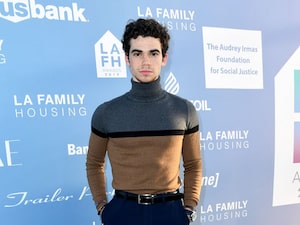 Boyce's rep Kasey Kitchen revealed that he was working on launching a social media campaign called “Wielding Places” at the time of his death. Kitchen told People magazine, “Cameron was the epitome of a humanitarian. He had so much he wanted to do and so much left to say. We had countless long, in-depth conversations about life, and how he felt compelled to fight for others without a voice. His last project that we were working on was something called 'Wielding Peace,' which was a social media campaign in conjunction with Delaney Tarr, co-founder of March For Our Lives.”

According to Kitchen, Cameron wrote about the project in a letter, saying, “I've named the concept Wielding Peace. It will be a collection of images that feature people from all walks of life (celebrities, victims of gun violence, common supporters) wielding 'guns.' The catch is, the 'guns' that we're using as props will be items that signify unity and peace. Household items such as musical instruments, cameras, food, sporting equipment, beauty products, articles of clothing… anything that might inspire someone creatively as well as make a strong statement with the sentiment that we need to choose a different weapon.”

Kitchen is working to complete the campaign in Boyce's honor, emphasizing, “We have every intention of bringing the campaign to fruition in the near future. It is the duty of all who cared for and loved him to uphold his legacy and continue to strive to be better humans so that we too, may one day leave behind something far greater than ourselves.” 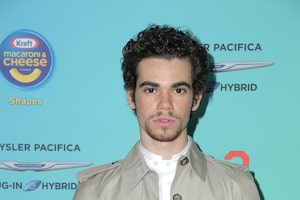