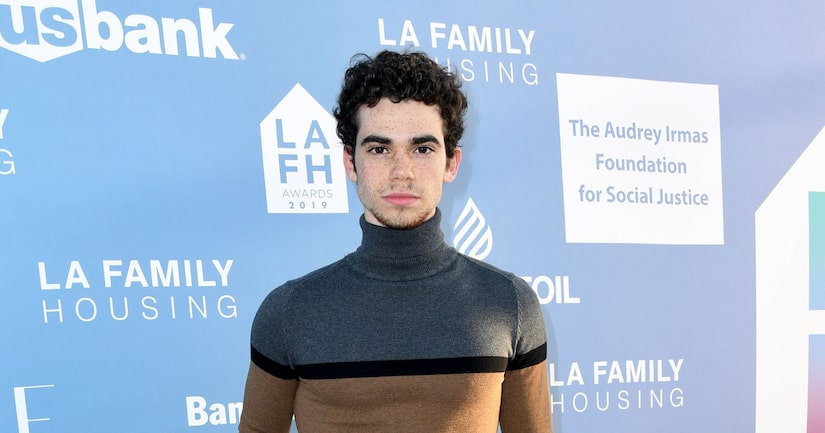 Disney Channel star Cameron Boyce's parents Libby and Victor Boyce are opening up about his death at age 20.

In a new statement released to People magazine on Tuesday, Boyce's family confirmed that he suffered from epilepsy, which was reported by TMZ earlier this week. They said, “Cameron's tragic passing was due to a seizure as a result of an ongoing medical condition, and that condition was epilepsy. We are still trying to navigate our way through this extremely heart wrenching time, and continue to ask for privacy so that the family, and all who knew and loved him can grieve his loss and make arrangements for his funeral — which in and of itself, is agonizing."

Cameron's parents stressed, “The pain we have endured and are continuing to endure is indescribable, but we are making every effort to move forward and ensure that Cameron's legacy and all that he stood for is honored. He was and is, so cherished and we will hold him in our hearts forever. He is our shooting star."

They made sure to show appreciation for all the outpouring love and support they've received since his sudden passing. Libby and Victory emphasized, “There are no words to describe how moved we are by the tremendous outpouring of love and support from our family, friends, and the world. Thank you, everyone, for encircling us with your love and respect of Cameron and concern for our family. He was the very definition of human kindness, and a light that will forever shine as his spirit lives on in all who knew and loved him. He was the rock of our family and he always had a positive, heartwarming, insightful and caring outlook on everything and everyone."

On the same day, Boyce's “Descendants” co-star Dove Camero also broke her silence about his death. In a video, Dove admitted, “I felt really weird about posting about Cameron on social media because I felt really emotional and private and intimate and social media is the opposite of that. I just couldn't quite reconcile the two or make them fit so I didn't know what I was going to do.”

“I've decided that the only way to get through it right now is to be expressive and connective,” Dove went on before reading her open letter. “The last 72 hours have felt like two weeks, and I've spent them trying to make my thoughts and feelings into words and communicate about anything I'm feeling… I've been mostly quiet or expressive through crying. I've never stuttered and unable to speak before these last few days. My system is still in shock, my brain is still foggy and full of holes.”

She pointed out that she was going through therapy to help her mourn his passing.

Dove also had a message for his family, saying, “You are all I can think about. My heart aches for you, I'm broken for you. I have close to nothing left, which tells me some small percentage about how you must be feeling.”

Dove ended the video with a farewell to Cameron, who had been there through her own struggles with eating disorders, breakdowns, and a painful relationship. While holding back tears, she said, “Goodbye my dear, dear friend and brother. You leave behind a colossal wake, a profound chasm that can never be filled, but you also leave millions and millions of deeply impacted, hope-filled and loved-filled human beings who are who they are because of you and how you spent your brief 20 years on this Earth… We can all only hope to be half the human that you were and you deserved so much more time … I will spend the rest of my life missing and loving you, and I'm all the better for knowing you.”

It has been reported that the cast of “Descendants” is reeling from his shocking death. A source told People magazine, “Everyone is in a state of complete shock. The cast had a strong bond and this is unimaginable.”

Earlier this week, an autopsy was performed, but the cause of death has been deferred pending “further investigation,” according to the Los Angeles County Department Medical Examiner-Coroner. The coroner also noted that he was “found unresponsive in his home.” 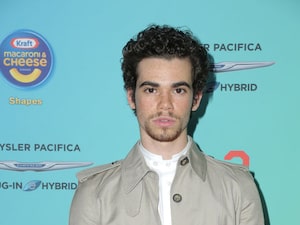 TMZ recently reported that one of Cameron's roommates found him unresponsive. When the paramedics arrived, they were unable to save him, pronouncing him dead on the scene.

Boyce's roommates Karan Brar and Sophie Reynolds also took some time to process his death before speaking out. Brar tweeted on Tuesday morning, “you were the greatest thing to have ever happened to me. i love you so much cam. wish i had more to say right now but i don't think words will come for a while. thank you to everyone who sent such kind words my way. know i haven't been responding but it truly means a lot.”

you were the greatest thing to have ever happened to me. i love you so much cam. wish i had more to say right now but i don't think words will come for a while.

thank you to everyone who sent such kind words my way. know i haven't been responding but it truly means a lot. pic.twitter.com/ojmT8U63F0

Sophie posted a pic of him on the beach, writing on Instagram, “My family. my person. my heart. maybe someday I'll be able to put everything cam was into words, but right now it just hurts a little too much. Please, hug everyone you love. I wish I could.”

Karan, Sophie and Cameron moved into a North Hollywood home together two months ago. Boyce posted a pic in May, writing on Instagram while referencing Max Greenfield's “New Girl” character, “Now that we're officially roommates, I am officially Schmidt.”

Karan and Cameron worked together on all four seasons of “Jessie,” while Sophie and Cameron were co-stars on “Gamer's Guide to Pretty Much Everything.”

After hearing about his untimely death, many more of his co-stars are paying their respects. Kathryn Hahn, who worked with him on the new HBO series “Mrs. Fletcher,” told People magazine, “I didn't have the chance to spend much time with Cameron, but I know I speak for the entire 'Mrs. Fletcher' family when I say how gutted we are by his loss.”