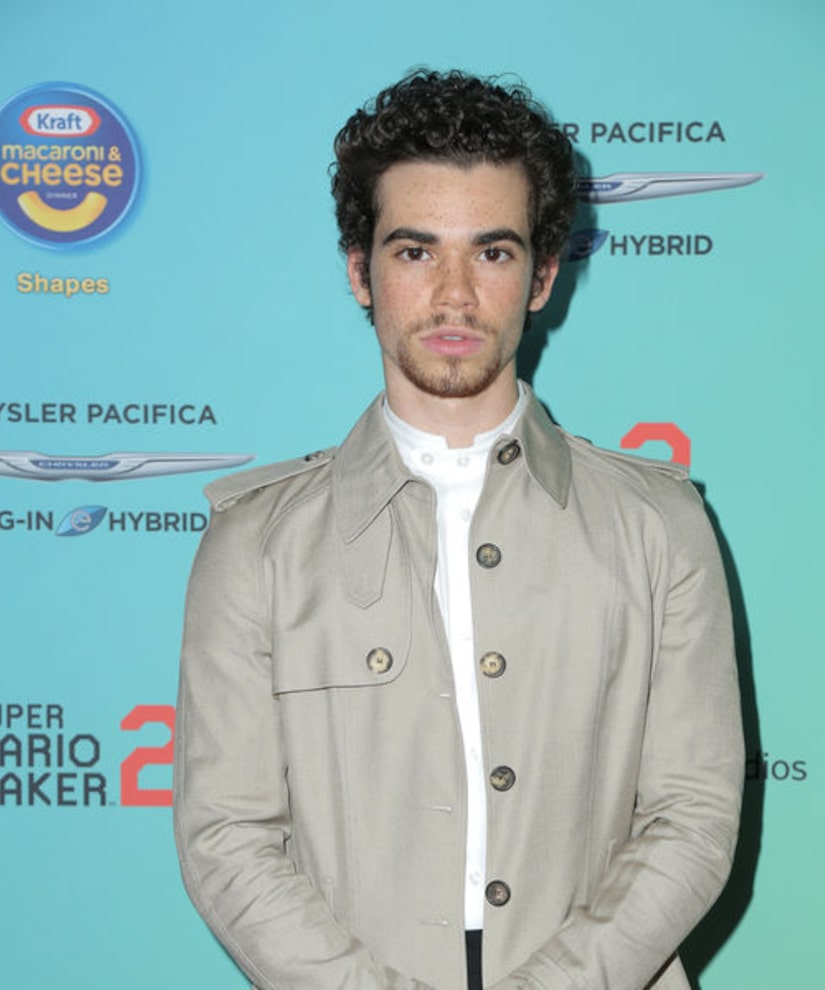 While TMZ reported that Boyce suffered from epilepsy, which can led to seizures, an official cause of death has not been determined.

On Monday, an autopsy was performed, but the cause of death has been deferred pending “further investigation,” according to the Los Angeles County Department Medical Examiner-Coroner.

On the same day, Cameron's father Victor took to Twitter to break his silence on the “nightmare” that every parent fears. He tweeted, “I'm overwhelmed with the love and support our family has received. It really does help to ease the pain of this nightmare I can't wake up from. I can't thank you guys enough.”

Boyce's roommates Karan Brar and Sophie Reynolds also took some time to process his death before speaking out. On Tuesday, Brar tweeted, “you were the greatest thing to have ever happened to me. i love you so much cam. wish i had more to say right now but i don't think words will come for a while. thank you to everyone who sent such kind words my way. know i haven't been responding but it truly means a lot.”

you were the greatest thing to have ever happened to me. i love you so much cam. wish i had more to say right now but i don't think words will come for a while.

thank you to everyone who sent such kind words my way. know i haven't been responding but it truly means a lot. pic.twitter.com/ojmT8U63F0

Sophie posted a pic of him on the beach, writing on Instagram, “My family. my person. my heart. maybe someday I'll be able to put everything cam was into words, but right now it just hurts a little too much. Please, hug everyone you love. I wish I could.”

Karan, Sophie and Cameron moved into a North Hollywood home together two months ago. Boyce posted a pic in May, writing on Instagram while referencing Max Greenfield's “New Girl” character, “Now that we're officially roommates, I am officially Schmidt.”

Karan and Cameron worked together on all four seasons of “Jessie,” while Sophie and Cameron were co-stars on “Gamer's Guide to Pretty Much Everything.”

According to TMZ, one of Cameron's roommates found him unresponsive at their home. When the paramedics arrived, they were unable to save him, pronouncing him dead on the scene.

It has been reported that the cast of “Descendants” is reeling from his shocking death. A source told People magazine, “Everyone is in a state of complete shock. The cast had a strong bond and this is unimaginable.”

After hearing about his untimely death, many more of his co-stars are now paying their respects. Kathryn Hahn, who worked with him on the new HBO series “Mrs. Fletcher,” told People magazine, “I didn't have the chance to spend much time with Cameron, but I know I speak for the entire 'Mrs. Fletcher' family when I say how gutted we are by his loss.”

She continued, “Cameron was a beautiful person who showed in the brief time our paths crossed a deep generosity and decency that belied his 20 years of age. His soul and heart were just so big: anyone who met him even briefly would just feel it. Our hearts are with his friends and family.”

Boyce and Hahn's co-star Jasmine Cephas Jones shared a series of videos on Instagram, writing, “You were beyond your years. A full force of light that brightened up a room as soon as you entered. One of the most talented, wise.. and most important, kind hearted humans I've ever met. The world will miss you @thecameronboyce. Rest with the angels beautiful soul.”

Boyce's “Eagle Eye” co-star Michelle Monaghan wrote on Instagram, “I'm so saddened to hear of the passing of one of the sweetest souls I have ever met. @thecameronboyce was a rare young man,” posting a still of Cameron from the movie. “He had the most beautiful smile, a constant twinkle in his eyes and a true zest for life, committed to making an impact on his community and beyond. A true testament to the extraordinary family who raised him. Sending my love to each and every one of them. 💔.”

His "Grown Ups" and "Grown Ups 2" co-star Adam Sandler tweeted, "Too young. Too sweet. Too funny. Just the nicest, most decent kid around. Loved that kid. Cared so much about his family. Cared so much about the world. Thank you, Cameron, for all you gave to us. So much more was on the way. All our hearts are broken. Thinking of your amazing family and sending our deepest condolences."

Salma Hayek added on Instagram, "I had the privilege to play Cameron's mother in #grownups 1 and 2 and we stayed in touch through the years He was spirited, talented, kind, generous, funny and a shining light. His joy will live in our hearts forever as he goes on dancing and shining elsewhere. My heart goes to his lovely family. @thecameronboyce."