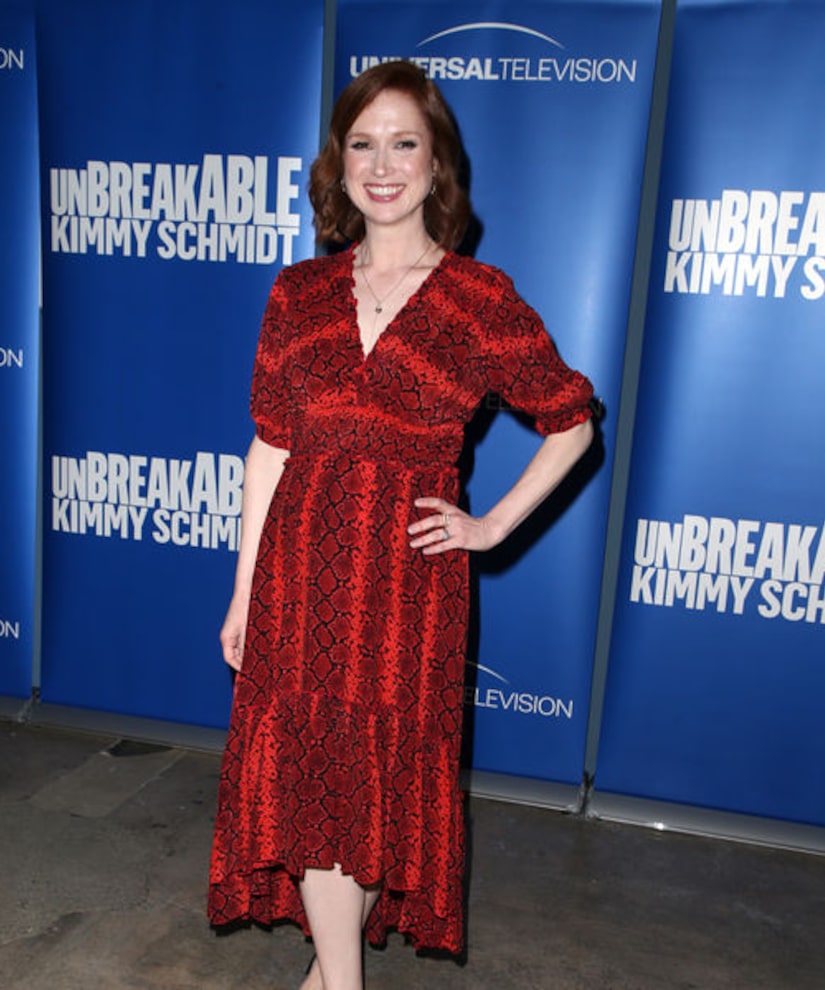 Actress Ellie Kemper has another baby on the way!

Kemper, 39, is pregnant with her second child with husband Michael Koman.

A few weeks ago, Kemper made a low-key pregnancy announcement on “Jimmy Kimmel Live!” While explaining why she missed a party that Kimmel recently threw for the cast of “Live in Front a Studio Audience: Norman Lear's All in the Family and The Jeffersons,” she said, “I was unable to make it. I am so sorry. I'm gonna tell you why: It's because I'm pregnant and I felt sick… I've been blaming the pregnancy [for] so many things, and this is one of them.”

Kimmel quipped, “I didn't know you were pregnant. I'm sorry, we'll have to let you go. We can't have that.”

Last Friday, Ellie's stylist Jessica Paster posted pics of her wearing a red snakeskin dress at the SAG-AFTRA Foundation Conversations with “Unbreakable Kimmy Schmidt” event, calling her a “beautiful mommy to be.”

Ellie posted her own pics from the event, but didn't show her baby bump. She posted a group shot, featuring Tituss Burgess, Carol Kane and Jane Krakowski, writing, “Me and my Hump Day crew!! #FYC #UCB #unbreakablekimmyschmidt.”

It is unknown how far along Ellie is in her pregnancy.

Kemper and Koman are already the parents of son James Miller, who turns 3 next month. 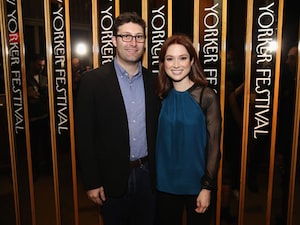 Ellie Kemper Welcomes First Baby with Michael Koman — Is It a Boy or a Girl?

After James' birth, Kemper opened up about motherhood, telling NewYorkBabyShow.com, “Everything is different from what I expected, because I, weirdly, only thought about being pregnant. I didn't fully wrap my head around the fact that there would be a person at the end of it. I read endlessly about pregnancy and what to eat and what not to eat… And then I sort of prepared not at all for the actual baby.”

“So, every day I learn something new about how to take care of him and what he responds to — and he's changing every day,” Ellie continued. “Everything that a baby does, when it's your baby, is amazing to you… He does something new every day that I never thought before that I would find completely fascinating. He looks at his hand and I'm like: 'How is he understanding what his hand is?!'”

Ellie also made sure to compliment her husband of nearly seven years, saying, “I feel very lucky that my husband is such a good father. We're very good at taking turns with chores, like diaper changing, etc., but also in terms of — okay, let's be honest, I still do most of the household stuff, ha-ha — divvying up time [taking care of the baby]. That's pretty evenly distributed between the two of us.”

Hopefully, Ellie will be able to take it easy during her second pregnancy since she is done filming “Unbreakable Kimmy Schmidt,” which premiered its final season in January.