There is a “Dancing with the Stars” baby on the way for Peta Murgatroyd and Maksim Chmerkovskiy!

While the pregnancy has been rumored since May, the couple took to Instagram on Wednesday to make the announcement official.

Peta shared a snapshot of Maksim, wearing only a towel, kissing her bare belly as she shows off her svelte figure in yoga pants and a sports bra. She accompanied the sweet pic with the message, "We couldn't be happier. Baby Chmerkovskiy is coming."

The dancing pros got engaged in December 2015, and have been dating on and off for three years.

In February, Peta told Us Weekly she thought Maks would make a “great father.”

"[He's] somebody that I've always seen as being a great father and a great husband," she gushed. "I've always said he has the most incredible generosity. He wants to take care of everybody that he knows. He has an incredible sense of humor when you get to see it. I think that his bad-boy image is slowly kind of drifting away — and that harsh Maksim image. He is the biggest teddy bear you'll ever meet underneath that Ukrainian look. I just love him. Everything about him. He's just a great man." 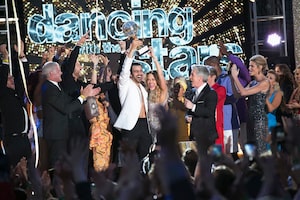 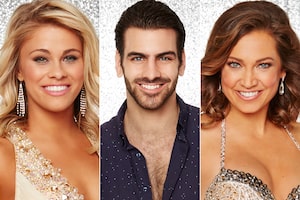 Dancing with the Stars' Finale! The Season 22 Winner Is... 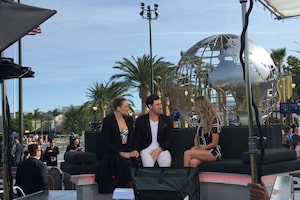