“Work” singer Rihanna is pushing the envelope yet again in the April issue of British Vogue, which also features her on the cover.

In the issue, Ri flashed her derrière and went without a bra while sporting denim boots, which are part of her new collaboration with high-end designer Manolo Blahnik. 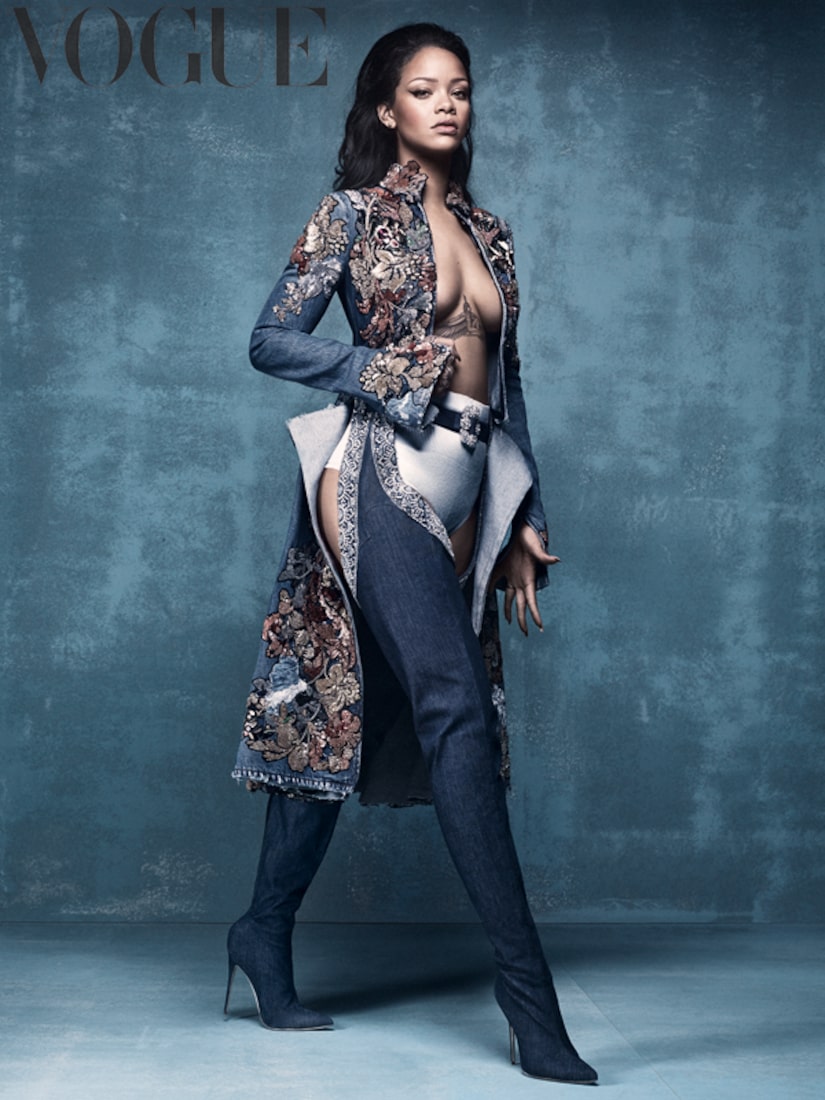 When asked if she would wear the collection on a date, Rihanna laughed, "Depends on what kind of date you are trying to have. Guuurrrl! Those boots are dangerous! If you're trying to get back home to your bed, don't wear them boots! You will get kidnapped in those boots, those boots are trouble.”

Though many fangirl over RiRi when they see her in person, she revealed that she'll have her own moment when she spots someone wearing her collection. She revealed, "The day I see a woman in the street wearing my shoes... I am sorry for that woman because I'm going to literally run after her, shouting, 'Stop! Selfie! Who are you? Where did you get them?' I'm going to have a moment!”

Rihanna has always been known for her edgy style; she admitted that her mom, Monica, has been her fashion inspiration. She gushed, “Oh, my goodness, my mother — she is a woman's woman. I was obsessed with everything she did then, everything she wore, her scent, her shoes, and her scarves... That was the glamour I wanted to be part of.” 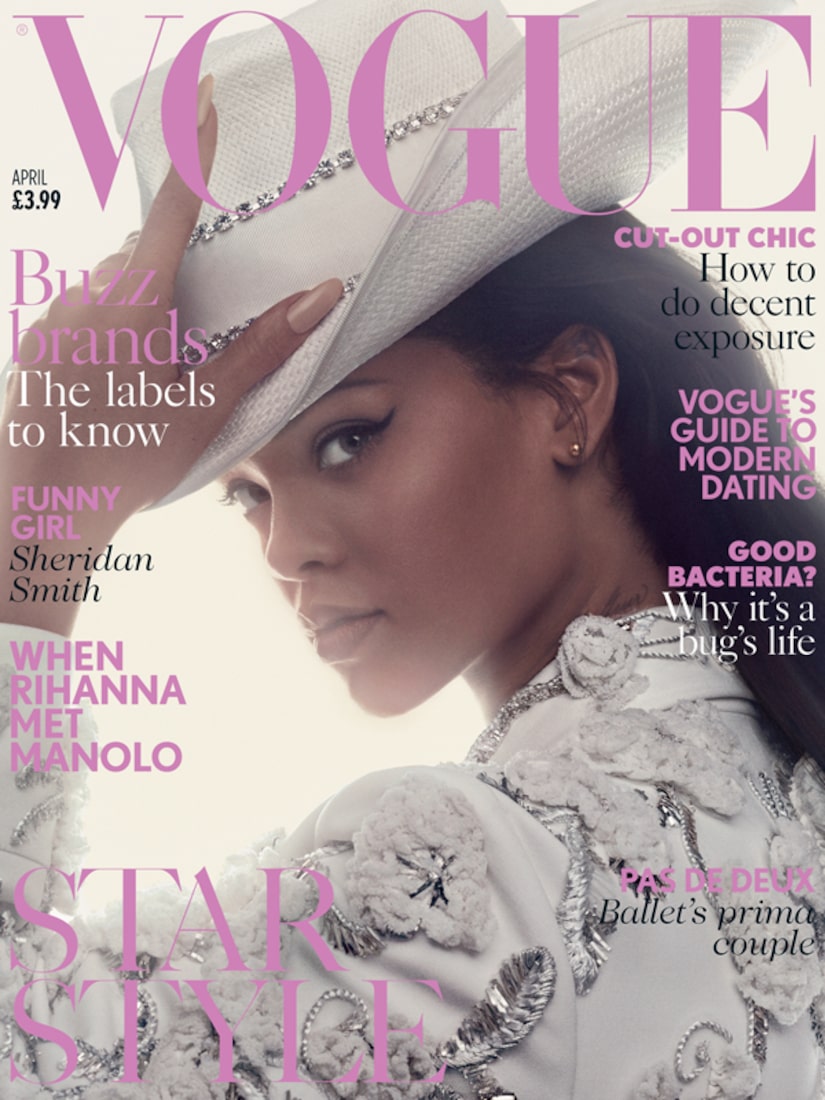 This is the second time that Rihanna has graced the cover of British Vogue. To read her full interview, pick up the latest issue on March 10. 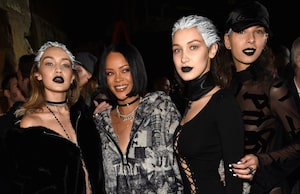 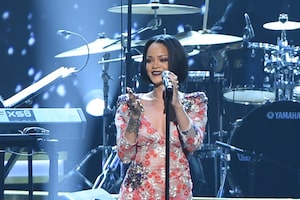