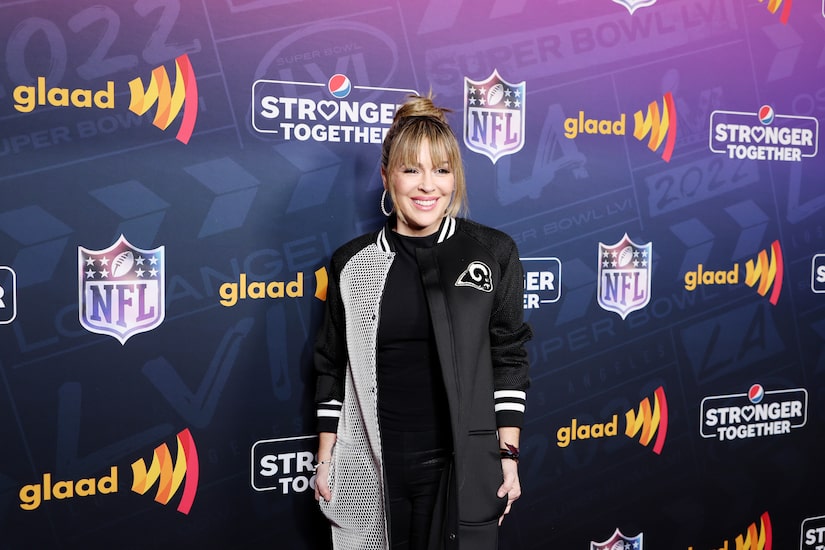 Actress Alyssa Milano is bringing “Who’s the Boss?” back.

“Extra’s” Billy Bush spoke to Milano all about it, along with her 20 years as a UNICEF ambassador.

The "Who's the Boss?" revival will have Alyssa, Tony Danza, and Judith Light.

Alyssa is “very pleased” with where the reboot picks up. She commented, “Our streamer has asked for a second script for a second episode, so we are submitting that… I think it’s great and it is going to totally touch on that generational difference.”

Along with acting, Alyssa is an activist who is never afraid to share her opinion about current issues and politics. She kicked off the #MeToo movement with a single tweet.

She noted, “I feel like I was just the vessel. I feel like there was some high purpose that was all going on. I was looking at my daughter… At the time, she was 3, and I looked down at her and I, for some reason, just started crying. And I think a lot of it was like I was dealing with my own trauma, which I totally pushed down.”

Alyssa continued, “I think, as most people victims of sexual abuse do, I just got really panicky about like, ‘What happens if my daughter has to go through what I went through?’

“This incredible trans activist named Charlotte Clymer, she’s amazing, sent me a DM out of the clear blue sky and said… the screengrab that I posted with the tweet. She said, ‘This is floating around Facebook. I don’t know who gets credit for it, but maybe you want to post this.’ I posted it. Hit send. Go to sleep. Not sending anything. Wake up to 37,000 replies, trending.”

When asked if she has talked about her trauma, Milano answered, “There’s something really interesting… that I think is happening, which is when I was young… I don’t think any girl or woman feels safe, just like in a parking lot at night… The difference is, though, is that we were able to go home and have a safe space where we could let down our guard…

“Now with social media and men being able to slip into the DMs, there’s no safe time. So our Spidey senses are always on alert. And I think that this is one of the reasons why we’re seeing a rise in anxiety in our youth is because there is no time to reset the nervous system because we are being bombarded constantly.”

While she does discuss her trauma in her household, she hasn’t “really talked about it with my daughter.”

Alyssa is taking her activism to social media. She explained, “I am able to reach 4 million people on Twitter, and even if I just used it as a megaphone to share my microphone with grassroots activists who are doing incredible work who don’t have as many followers and it touches one person, then it’s worth it.”

As for where she gets her strength to stand up for what she believes in, Milano commented, “I was 15 years old the first moment I was given the opportunity to feel what being an activist was. And that was with Ryan White, who was HIV-positive, who was kicked out of his school because they thought that you could get HIV/AIDS from casual contact. And Ryan and I became friends. And he asked me to go on TV with him on ‘The Phil Donahue Show,’ which is how long ago this was, and kiss him to prove that you couldn’t get HIV/AIDS from casual contact.”

Alyssa has been working with UNICEF for 20 years as an ambassador. She emphasized, “This is what fuels me. This is what feeds my passion in life, is living a life of service and learning about people and humanity and different places. And, um, and, you know, I feel very, very, very blessed that I’ve been able to do this as long as I have.” 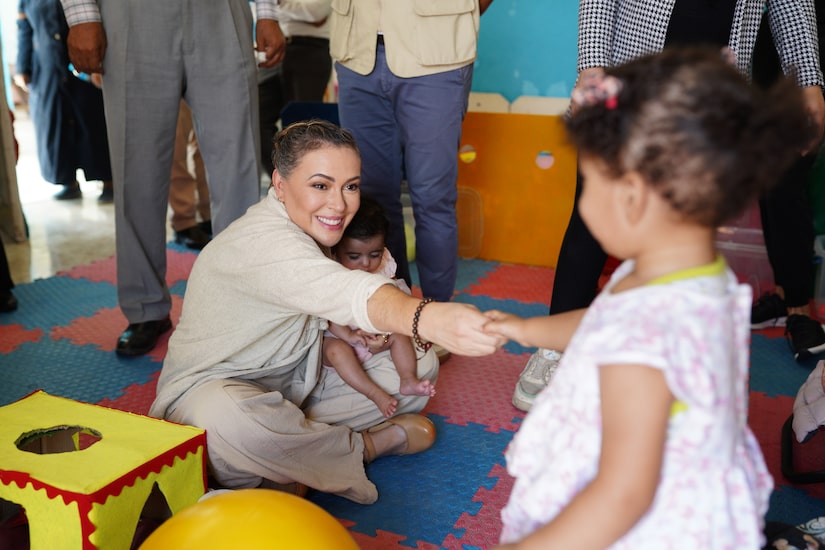 Milano has been to Angola, Kosovo, and Egypt, and found one common denominator. She said, “I find that the struggles of humanity are sort of universal. But the other universal theme is that children have the desire to dream and hope.”

She added, “The difference I find is that in these places and it could be from war or famine or, you know, bad water or sanitation or just illness and not having access to vaccinations, that all of those things contribute to a childhood of struggle… to be a part of UNICEF and their mission, which is, you know, no child should die of a preventable cause, and every child deserves an equitable chance at being able to dream and survive and have a healthy future.”

Her international trips are “hard” since she sees struggling and sick children, who have “extended bellies because they’re living in famine” or living in war-torn countries with “no infrastructure, no ability to learn, or no toys.” To learn more visit www.unicefusa.org/ActNowEgypt.

Due to the exposure, Alyssa called acting a form of “meditation.”

Milano is making her way to the big screen in “Who Are You People.” She dished, “It’s a modern coming-of-age story. It’s about a mother and daughter relationship. And her daughter basically runs away to go find her father.”

“Who Are You People” is in theaters February 24.